Home Past Events USA,CANADA,UK CINEMA
Facebook
Twitter
Pinterest
WhatsApp
Disclosure: This page may contain affiliate links.If you click on them we may earn a small commission.If subsequently you make a purchase, we might earn a little more.As an Amazon Associate we earn from qualifying purchases.There is no cost to you.see Our Disclosure Policy for more info.

The Film Society of Lincoln Center is pleased to present “Le Livre, Le Film: French Screen Adaptations”, a selection of 30 French films, based on French novels, plays or short stories, featuring an impressive array of acting and directing talents. From June 28-August 8; the delicate yet demanding art of shaping literary and dramatic works into film, in the rich context of French cinema, will be celebrated at the Walter Reade Theater. All films are doubled-featured except Charterhouse of Parma and The Red and The Black.

The program was organized by Richard Pena and Joanna Ney with special thanks to Bertrand Tavernier for his enthusiasm and encyclopedic knowledge of film and literature; to Benoit Caron, French Cultural services (NYC); Martine Butrolle and Christine Houard, Bureau de Cinema, Ministry of Foreign Affairs (Paris); Jacqueline Chambord and Deirdre Mahoney of the Alliance Française; Nicole Jouve of Interama, Richard May of Turner Entertainment, and David J. Grossman of the Film Forum in Philadelphia. 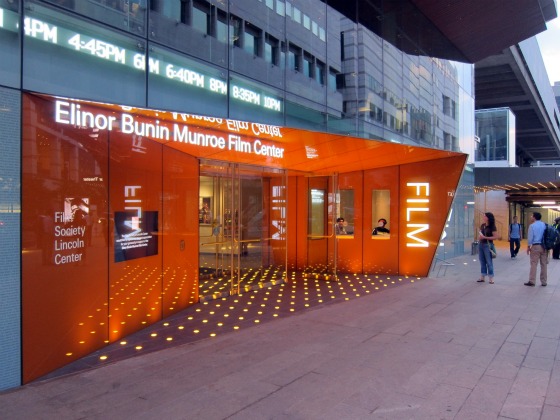 July 18 and 21 with The Clockmaker by Georges Simenon.

For schedule information, the box office number is (212) 875-5600.
Tickets may now be purchased through Moviefone by calling 777-FILM. Dial 777-FILM for showtimes and advance tickets sales-up to one week before the screening, then press # to bypass the commercial message. Press the Walter Theater Express Code, #954, and enter your credit card number. There will be a $1.25 service charge per ticket.

Champagne the taste of stars