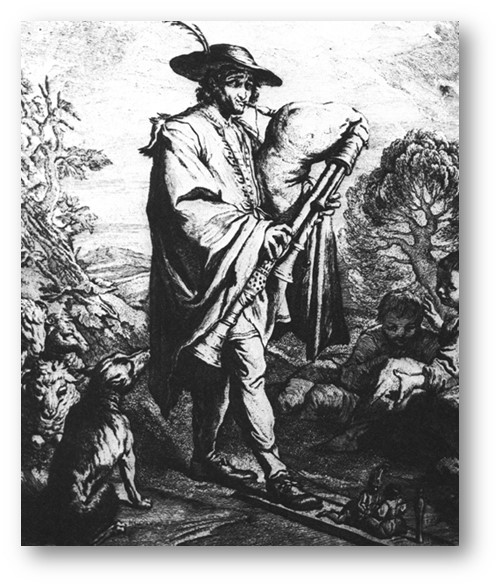 The first time the word musette appeared was the name of a musical instrument. It appeared in the 13th century,  long before the invention of the accordion.
It was kind of a big bagpipe used in balls. 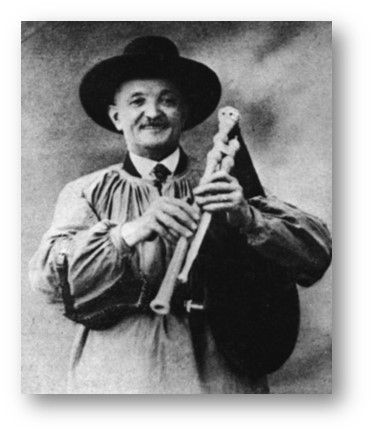 Replaced in balls by the accordion at the turn of the 20th century, the name “musette” has remained associated with a style of music that evokes poetry and freedom.
Later, the Auvergnats play an improved kind of bagpipe which they call the cabrette.

The cabrette does not have a mouthpiece and the necessary air is stored in a tank made from the skin of a young goat, also called “cabri”, hence the name of the instrument. The cabrettist operates a bellows under his right elbow to provide the air.

The Auvergnats came to settle in Paris from 1800 to make a living and good businessmans, they opened cafe-charbons that they animate to the sound of the cabrette. This is the start of the Parisian Balls.

From 1880, the Italians in turn arrived in Paris. Auvergnats accustomed to animate their balls to the sound of their cabrette hardly appreciate that the Italians insist on joining them with what the Auvergnats call “their vulgar accordion”! Confrontation is inevitable.

Many fights break out. It’s the war between the two communities. Some even change their names to go unnoticed on one side or the other. 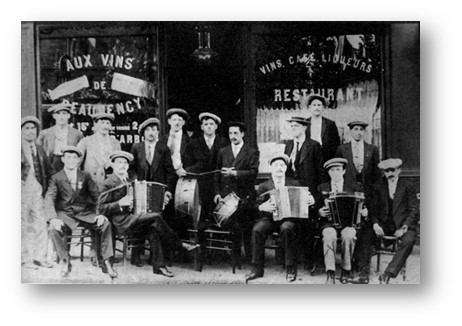 Here you can see a picturesque scene from that time.

From 1785, cafes and taverns in Montmartre, Belleville and Menilmontant are frequented by a whole fauna of small smugglers and traffickers of all kinds who refused to pay the grant to do business inside the walls of Paris. In 1890 Émile Vacher dared to play at the Bal de l’Abbaye with a “mixed” accordion, which would not improve the situation. 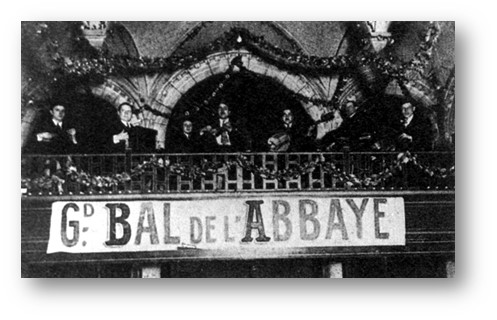 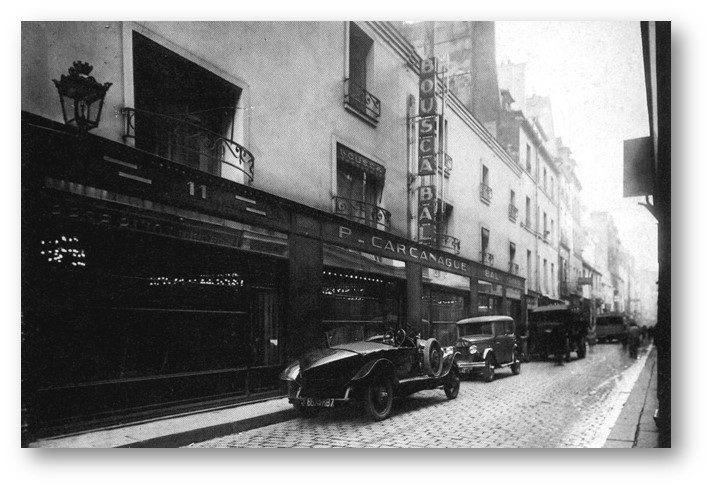 I will now introduce you to other legendary places in Paris. 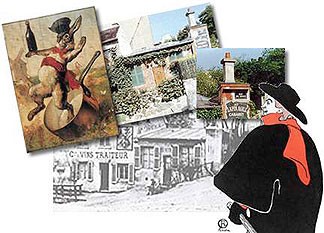 One of the oldest cabarets in Montmartre. Aristide Bruant bought it back in 1902. Among its regulars are Utrillo, Picasso, Braque, Modigliani and Apollinaire. Carco, Max Jacob and Charles Dullin made it a legend. This legendary place is a real French song encyclopedia.

The beginning of the 20th century represents the golden age of the Bals Musette in Paris. You can see here the rue de Lappe which alone had a dozen Bals around 1905. 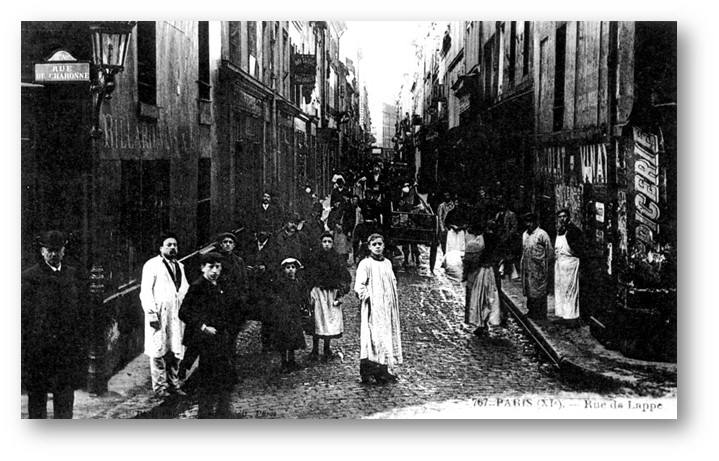 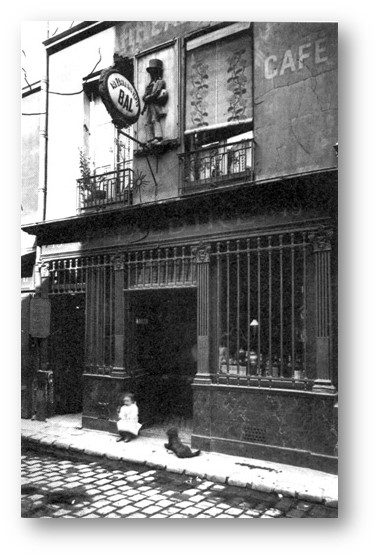 The interior of a Musette Ball on rue de Lappe around 1930. 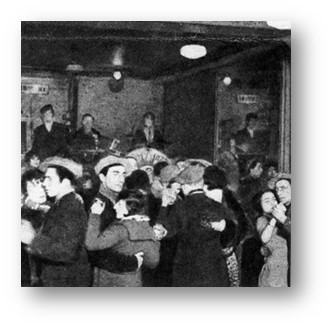 Imagine the fast-spinning waltz dancers in such a small place.