Home france places to visit Latin Quarter
Facebook
Twitter
Pinterest
WhatsApp
Disclosure: This page may contain affiliate links.If you click on them we may earn a small commission.If subsequently you make a purchase, we might earn a little more.As an Amazon Associate we earn from qualifying purchases.There is no cost to you.see Our Disclosure Policy for more info. 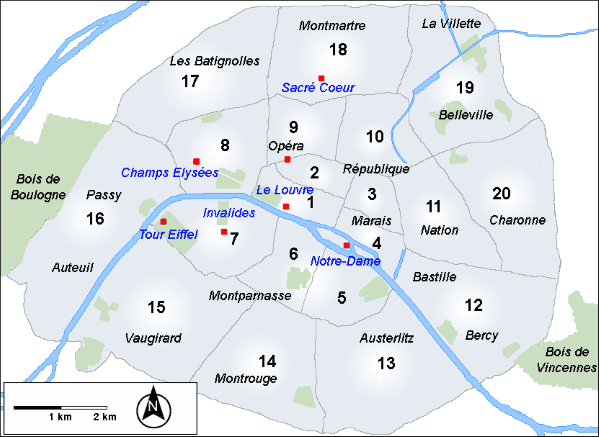 The Latin Quarter-Le Quartier Latin of Paris is an area in the 5th and the 6th arrondissements of Paris. It is situated on the left bank of the Seine, around the Sorbonne.

The Romans, having conquered the Parisii tribe in 52 BC and taken up residence on the Ile de la Cité, extended their settlements along the Left Bank of the Seine. They eventually reached Mons Lucotitius, renamed Montagne Sainte Geneviève.According to legend, Geneviève, a 28-year-old nun, convinced Parisians not to abandon the town to the Huns during the siege of Paris in 451.

The Romans built a Forum, an amphitheatre, an aqueduct, and thermal baths and laid main roads through the area. Traces of this ancient era remain today, especially at the Cluny Museum, an old thermal bath site. The Rue St. Jacques lies along the main north-south street (known as a cardo maximus) of the Roman town of Lutetia(Lutèce-Paris). 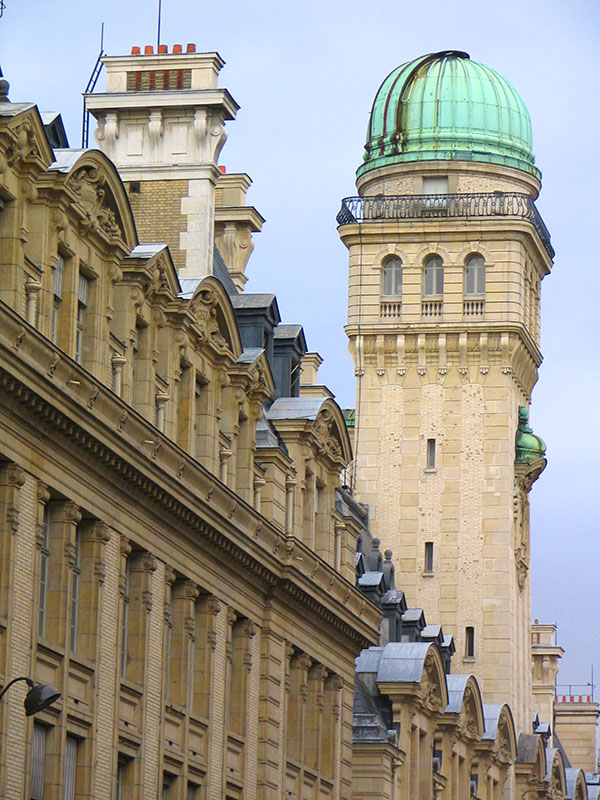 Around 1150 a group of masters and students took up residence in the old cloister of Notre Dame on the Rive Gauche.

On January 15th, 1200, the University of Paris received its charter granting its members the right to be judged by an ecclesiastical court, making them all Clerics.

In 1257, Robert de Sorbon founded a college devoted to theology that became known as the Sorbonne College. Due to the prestige of this college, the name Sorbonne eventually came to represent the entire University of Paris.

The official language of the college and its environs until the Revolution was Latin, giving rise to its name – Le Quartier Latin. In 1791 the college and university were closed to students and remained so until 1821.

The Latin Quarter is renowned for its attractions. Visitors can stroll through the district to enjoy the many cafés, restaurants, and bookshops and admire many spectacular and historical places. One of the most stunning, the Pantheon, located on the top of Montagne Sainte Geneviève, looks out over all of Paris.

The Pantheon is a neo-classical monument at the center of the Place du Panthéon.

Built between 1758 and 1790, the Eglise Saint Geneviève was initially planned as a shrine to the patron saint of Paris. Since the French Revolution, this monument has been a necropolis to honor significant figures who have marked the History of France.

This area of the fifth arrondissement, now the Palace and Gardens of Luxembourg, was originally a Roman camp. Before the Carthusian religious order came along in 1257, the neighborhood was ill-reputed and considered “evil.” The monks converted the area into a flourishing monastery.

In 1612, Marie de Médicis bought the Duke of Luxembourg’s mansion and made it into a palace. It was designed by Salomon de Brosse in a Renaissance style inspired by his native Tuscany. Despite her exile and banishment from Paris, Marie’s Palace remained the royal family’s property until the Revolution.

The gardens grew and are now a great area to walk, play, sit, and watch passers-by. The Luxembourg Palace is currently the seat of the Senate. Also of note in this neighborhood is the church of St-Sulpice, one of the largest churches in Paris.

The 23.5-hectare (57 acres) botanical garden and park in the heart of Paris was established as The Royal Garden of Medicinal Plants in 1636. It is on the site of Terre d’Alez, a wasteland where the apothecary Nicholas Houël taught botany some 100 years before.

The Jardin des Plantes open from sunrise to sunset, is also home to Le Muséum National d’Histoire Naturelle-Museum of natural history, catacombs, greenhouses, a paleontology, and a mineralogy museum.

The  Arenas of Lutetia, built in the 2nd century, is a Gallo-Roman amphitheatre that could accommodate 17,000 spectators. It had a theatrical stage and an arena for gladiatorial fights and other Roman games. Nowadays open to the public petanque, football and soccer have replaced the bloodsports, and occasional plays and concerts are performed on the central stage.