Disclosure: This page may contain affiliate links.If you click on them we may earn a small commission.If subsequently you make a purchase, we might earn a little more.As an Amazon Associate we earn from qualifying purchases.There is no cost to you.see Our Disclosure Policy for more info.

The most popular country in the world for tourists and travel.

Le Francophile’s Destination France is a guide to regions of France.From the coast of Brittany to the lavender fields of Provence.From the Vosges mountains of Alsace to the oyster beds of Charente Maritime Le Francophile will help visitors and francophiles discover the French culture,heritage,geography and gastronomy.Everything in fact required to enjoy l’art de vivre à la Française and understand why France is the most popular tourist destination in the world .

The Regions of France

France is divided into 18 administrative regions.13 of which are located in La France métropolitaine -mainland France and Corsica. 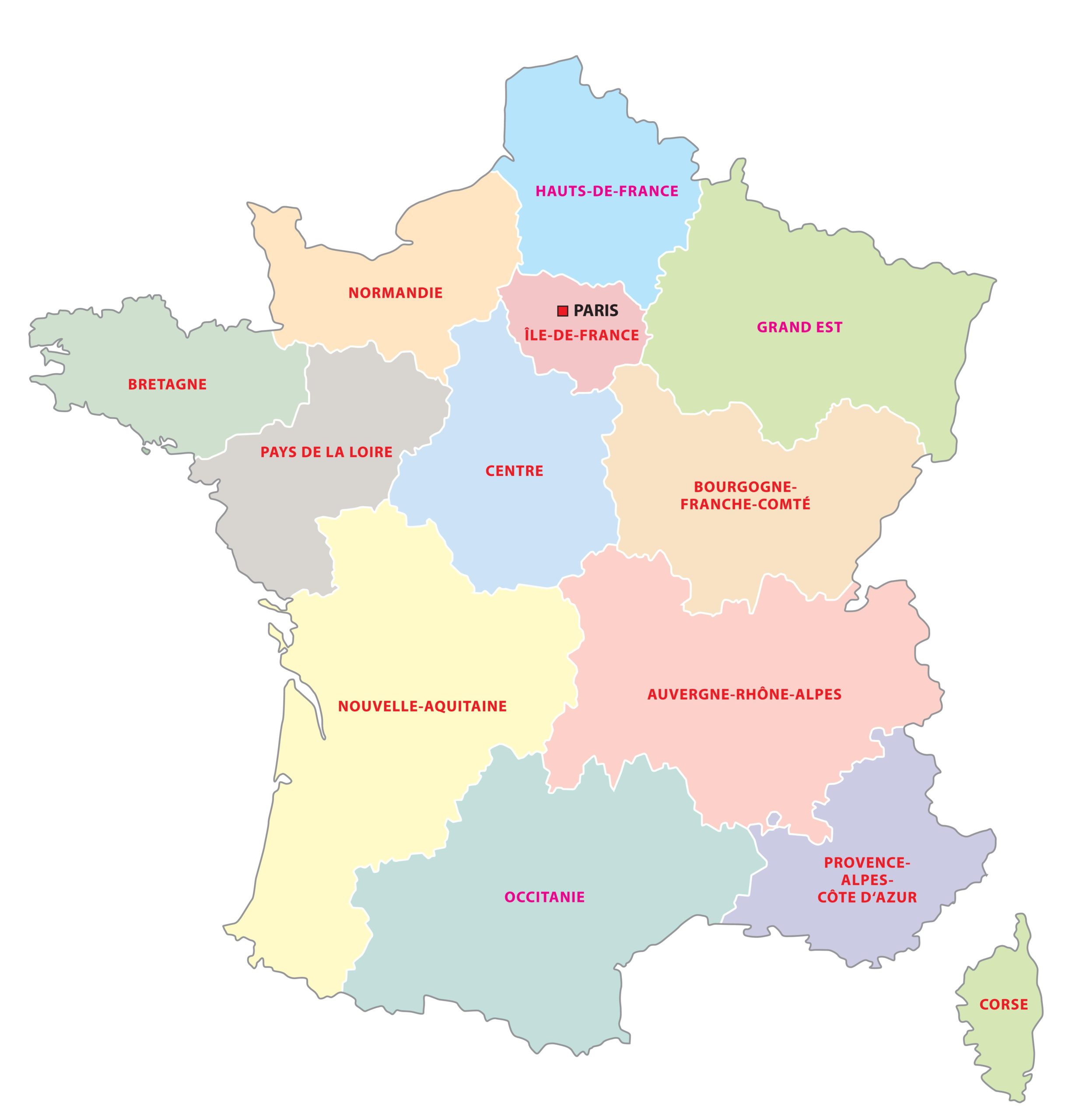 HOW THE REGIONS FUNCTION

Each French department falls entirely within one region. It has it’s own local capital town known as La Prefecture. These house the offices which are responsible for carrying out the work of the Ministry of the Interior. They hand out administrative documents such as driving licenses, passports and residency permits. They also control the police and fire brigade.

Each department is further subdivided into communes and these locally administered areas of which there are are  36,985 are where you find:

La Mairie or  L’Hôtel de Ville if a town.

The town hall is the centre of administration for day-to-day life. It’s where  Monsieur Le Maire of which there are 35,086, or Madame La Maire(feminisation approved by the Académie Française in 1999!)of which there are 5,899 conduct weddings and register births and deaths . It’s also the place that takes care of everything to do with school life,administers and enforces planning permission and local bye-laws. In most towns these buildings are usually the most elegant. In rural areas, the Mairie is often the soul of a French village.

In 2014, the French parliament passed a law reducing the number of metropolitan regions from 22 to 13 effective 1 January 2016. The new names were confirmed by the Conseil d’État by 30 September 2016.

Confusingly some parts of France that you might visit are best known by their department name or even their historical locality name:

The Dordogne is a department forming part of the Nouvelle Aquitaine region.

Alsace is a department forming part of the Grand Est region.

Champagne is a an area of the historical Champagne-Ardennes region which together with Alsace and Lorraine now form the Grand Est region.

Others are better known under their region name:

Brittany, which is a region that includes several departments.

The history,architecture,landscape,food and wine of these regions,departments and communes are some of the reasons France has been the most popular tourist destination in the world for the past 30 years with over 90 million visitors in 2019.

EXPLORE THE REGIONS OF FRANCE