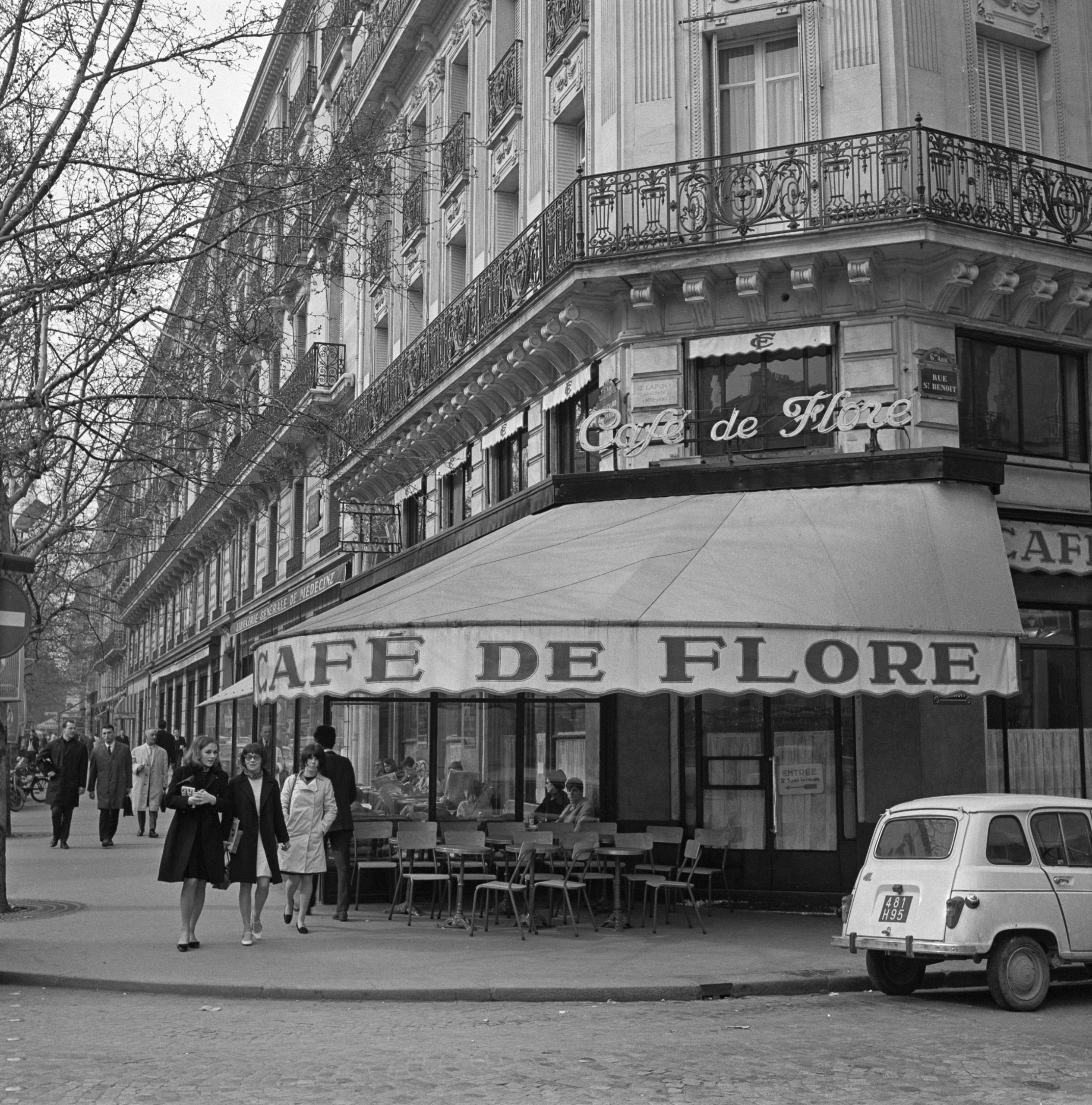 Le quartier Saint-Germain-des-Prés is an administrative district of Paris in the 6th arrondissement on the left bank of the seine. Famed for its literary connections, booksellers, the cafés Les Deux Magots and the Café de Flore, Dadaism, surrealism, the Boulevard St Germain and its chic stores.

The quarter gained its name from the Patron Saint of Paris. Germain was appointed Bishop of Paris by the Merovingian King Childebert, who, in 542, laid siege to Zaragoza during his war with Spain. The inhabitants of the Aragonian town placed themselves under the protection of the Martyr Vincent of Saragossa. Childebert raised the siege. The bishop of Zaragoza presented him with the martyr’s cloak in gratitude. Childebert ordered the construction of a church to house the relic, and a Benedictine monastery was erected nearby.

Bishop Germain completed and dedicated the Sainte-Croix et Saint-Vincent basilica on December 23, AD 558, the same day, Childebert died. Germain died in AD 576 and was interred in the Chapel of Saint Symphorien next to the Abbey and then re-buried in the Abbey in 754 by order of King Pepin the Short. He was Canonised in 754 by Pope Stephen II, and the church was reconsecrated Saint-Germain-des-Prés (St Germanus-in-the-Fields).

A market town formed around the Abbey. At that time, the area mainly consisted of fields worked by the Benedictine monks. The Abbey was rebuilt many times, starting in 990 after the Norman raids.

The Church relinquished a piece of its land adjacent to the Seine to the University of Paris, known as Pré-aux-Clercs. The meadow became famous in later years as a site for duels.

Marguerite de Valois, Henry IV’s first wife, also managed to obtain a piece of the Pré-aux-Clercs, upon which she built a mansion overlooking the Seine in 1607. The land was sold with the proviso that the riverbank would be named “Malacquis” (ill-gotten) – the name has since been transformed into “Malaquais”.

Towards the end of the 17th century, many large mansions occupied the area and are today the seat of several government ministries. 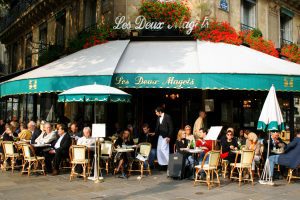 Regine Zylberberg opened her first nightclub, Regines on the Rue De Four in 1956 .

Today many of the bookshops, small boutiques and publishing houses that gave Saint Gemain des Prés its distinct character have left the area and been replaced by upmarket chic luxury brand name stores.