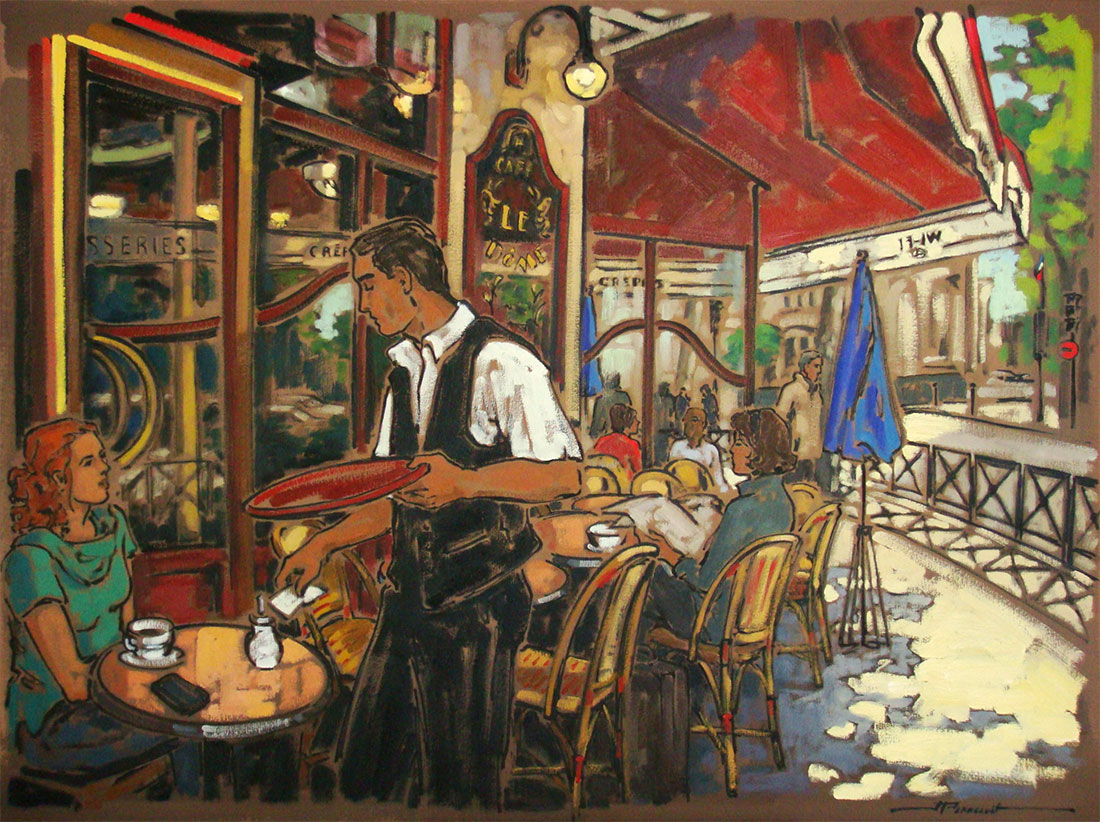 The name Montparnasse comes from the derisive nickname “Mount Parnassus”, given to an old hill of rubble by students who came here to recite poetry in the 17th century. The hill was first crossed by the Boulevard du Montparnasse and then levelled in the 18th century. Louis XIV ordered the construction of the Boulevard in 1704 which began in 1720 and was completed in 1760. 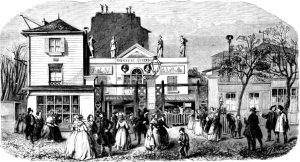 The Gare du Montparnasse was the last stop on the railway from Brittany. In the early 1900s, many Bretons settled around the station, bringing their culinary specialities, the Crêpe and Gaufre. Today, the popularity of these dishes is still evident in the abundance of Crêperies in the area.
The end of the Belle Epoque (1871-1914) saw a migration of the artists who had made Montmartre famous. At the beginning of the Great War, Montparnasse became the fulcrum of Paris’s intellectual and artistic life.

Close to the horrors of the Somme, Ypres, Marne, and other tragic battles, Paris saw its fair share of refugees, rationing and bombardment by Les Canons de Paris -the German big guns.

During the war, the cultural output of the painters and artists of the area diminished but continued. Pablo Picasso, who had moved to Montparnasse, (and who, as a citizen of neutral Spain, was exempt from fighting), continued experimenting with the new Cubism style. Henri Matisse remained until 1917. Other artists who lived in Montparnasse included André Derain (who joined the army and served through the entire war); Juan Gris; Max Jacob; and Amedeo Modigliani.

Jean Cocteau served in the Red Cross as an ambulance driver. In Montparnasse, he met the poet Guillaume Apollinaire, artists Pablo Picasso and Amedeo Modigliani, and numerous other writers and artists with whom he later collaborated.

The avant-garde dance troupe Les Ballets Russes was stranded in Paris thanks to the war and the Russian Revolution. The Russian impresario Sergei Diaghilev persuaded Cocteau to write a scenario for a ballet, which resulted in Parade in 1917. It was produced by Diaghilev with sets by Picasso and music by Erik Satie; it was first performed in Paris on May 18, 1917.
The end of the war marked a new era of hope.

During Les Années Folles-The Roaring Twenties, Montparnasse became the centre of intense social, cultural, and artistic activity in Paris. Painters, sculptors, writers, poets and composers came from around the world to live and work in the creative bohemian atmosphere and cheap rents at artist communes such as La Ruche.

Artists, intellectuals and performers who have left their indelible mark on Montparnasse include ;

One of the most famous Maisons Close Parisienne located on the boulevard Edgar-Quinet owned by gangsters Paul Carbone and François Spirito from Marseille operated between 1931 and 1946. 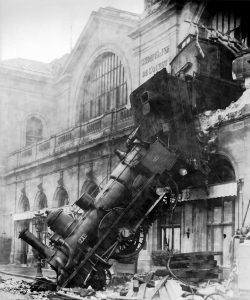 The 1960s saw a move to turn Montparnasse into the business district of Paris on the left bank. The Gare du Montparnasse scene of the spectacular and tragic accident of 1895 was re-sited. The Tour Montparnasse and the Montparnasse Rive Gauche shopping centre filled the space created.
Very few traces of the artistic and intellectual influences of the area exist apart from plaques commemorating residences, places of work or socialisation on the walls of buildings and cafés.

By day the area is busy as a transit hub for travellers on the LGV Atlantique rail network serving Brittany, Pays de Loire, Nantes and Bordeaux and commuters working in the many office buildings.
By night an unequalled centre of recreation and leisure with Cafés, cinemas, bars and restaurants.