An Art Lover’s Guide to Paris
by Jean-Sébastien Stehli

The Paris art scene is so much more than the Louvre, Orsay and Marmottan museums. Here’s an idiosyncratic art-inspired tour of the city, with everything from Picasso’s art supply shop to the headquarters of the cutting-edge group called Purple.

In a city flooded with interesting sculpture, painting, photography and architecture, following the art trail is almost too easy. This selection takes you off the old-standby track to visit some undiscovered or underrated gems. The places listed here aren’t meant to be seen in any particular order. Pick and choose. When you’ve visited something you like, go back and explore the neighborhood around it.

Tadao Ando’s espace de méditation (meditation space). Japanese architect Tadao Ando, winner of the Pritzker Prize (architecture’s “Nobel”), has created what may be the most beautiful and moving building in the city. His one-story meditation space, in the UNESCO compound, is paved with granite slabs from Hiroshima that were irradiated during the explosion of the H-bomb in August, 1945. Ando’s building is next to the garden Isamu Noguchi designed in 1957. UNESCO, 7, pl. Fontenoy, 7e, Tel: 01.45.68.17.08 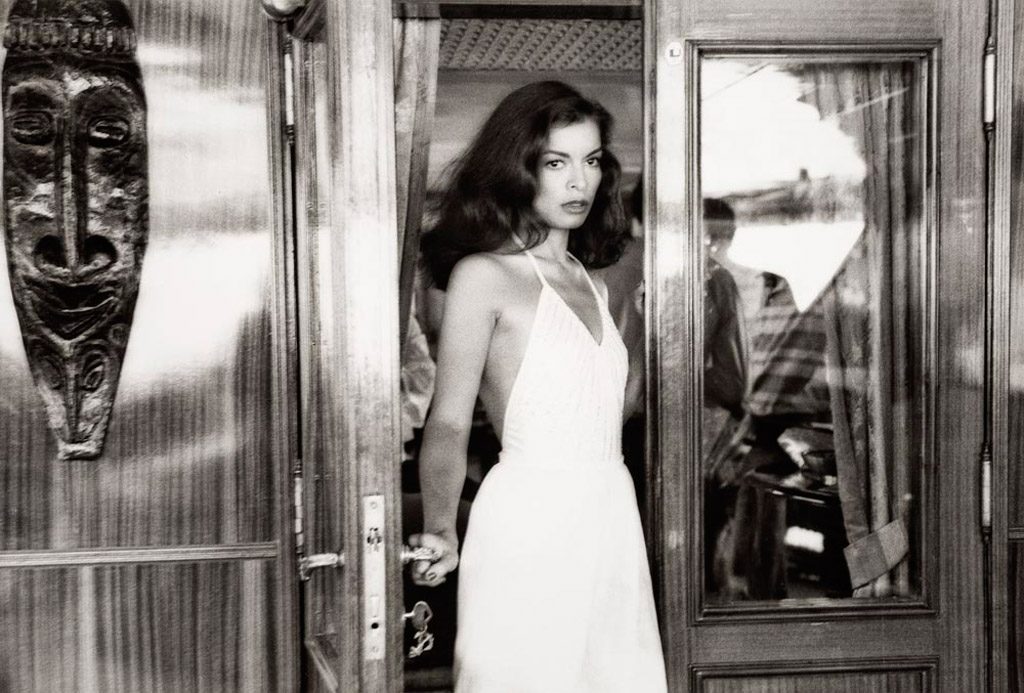 Agathe Gaillard. She is one of the stars of the Paris art establishment. Gaillard, who was a friend of trail-blazing photographer André Kertész, opened the first photography gallery in the city in the 1970s, near the Pont Louis-Philippe. 3, pont Louis-Philippe, 4e, Tel: 01.42.77.38.24

Even if you’re not especially interested in photography, you should walk the two blocks from Agathe Gaillard to the Maison Européenne de la Photographie. This is one of the continent’s most interesting centers dedicated to the art, with huge collections that have something for everyone. It’s also a good starting point from which to enter the Marais. 5-7, rue de Fourcy, 4e, Tel: 01.44.78.75.00

En Attendant les Barbares (Waiting for the Barbarians). This gallery with the unusual name is the most interesting space for discovering avant-garde design by the stars of tomorrow. For a recent imaginative exhibit, the gallery asked 11 young artists to create lamps for the new century using any materials they liked. 35, rue de Grenelle, 7e, Tel: 01.42.22.65.25

Le Corbusier treasure. This very upper-class neighborhood in the 16th arrondissement was once an oasis for artists. If you’re adventurous enough, you’ll discover many small treasures in this quartier, among them the extraordinary Villa Laroche. The hypermodernist villa, at the very end of the the Square du Dr Blanche, was built by Le Corbusier for a doctor and his family. 10, square du Dr Blanche 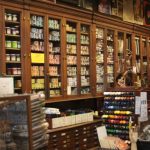 Sennelier. When you enter this store, you might bump into the ghosts of Picasso and numerous other 20th-century artists who, through the decades, have come here to buy brushes, paper, ink, gouaches—everything they needed for their art. You might want to buy a sketchbook or just let yourself be overwhelmed by the colors and the smells. 3, quai Voltaire, 7e, Tel: 01.42.60.72.15

Henner Museum. The 17th arrondissement boasts more artists’ ateliers than any other arrondissement in the city, especially around Monceau Park. When you visit the Henner Museum you’ll find yourself in the Paris of the turn of the last century. Few visitors are in on the secret, so you’ll have plenty of privacy to enjoy the work of little-known painter Jean-Jacques Henner, still in place in his interesting and light-filled atelier. 43, av. de Villiers, 17e, Tel: 01.47.63.42.73

Modern Art Museum of the City of Paris. Paris has two competing museums of modern art: the one in the Pompidou Center, which belongs to the nation, and the one between Place d’Iéna and Place de l’Alma, which is the city’s own. This museum is more modest than the Pompidou Center’s but always has wonderful exhibits. You might want to go just to look at what is considered the world’s biggest painting: Dufy’s “La Fée Électricité,” a huge and delightful canvas celebrating “the electricity fairy.” 11, av. Président-Wilson, 16e, Tel: 01.53.67.40.00

In the last few years, a group of young artists going by the name Purple has been stirring up the Parisian art scene, which had been falling asleep. Purple, inspired by the philosophy of Andy Warhol and his factory, is a magazine (actually, several), a gallery and a bar/restaurant. The place really catches the Zeitgeist of now. 9, rue Pierre Dupont, 10e, Tel: 01.40.34.14.64

Le Train Bleu. Going to this restaurant in the Gare de Lyon, the departure point for trains to the South of France, is a bit like taking a trip into the past. Since the time of André Malraux, the restaurant has been protected as a Paris landmark. You don’t have to have a meal to take a peek at the great Puvy de Chavannes paintings. nor must you be a train passenger to dine here. 20, blvd Diderot, 12e, Tel: 01.43.43.09.06

The neighborhood has been taken over by luxury goods stores—Cartier, Vuitton, Armani. But Japanese stylist Yohji Yamamoto’s shop is one of the most interesting and stylish in the city. The paintings on the concrete floor evoke cave paintings and enigmatic Zuni Indian signs. Check out the clothes, too—many consider them to be true works of art. While you’re in the neighborhood, take the time to look at César’s monumental sculpture of Picasso at the beginning of Rue du Cherche-Midi. 22, rue de Sèvres, 7e, Tel: 01.45.44.29.32

The Carnavalet Museum is one of the city’s great resources, with its magnificent collections on the history of Paris. But on a sunny spring day, sitting in the little public garden behind the Carnavalet is much better than entering the building. For unknown reasons the garden has become the repository of many sculptures, columns and big blocks of stone, left there as if after an earthquake. They give the garden, located between Rue Payenne and Rue de Sévigné, a particular charm. 23, rue de Sévigne, Tel: 01.42.72.08.53

Marian Goodman. Step into its cobblestone courtyard and enter this 18th-century hôtel particulier (mansion), recently renovated to become an art gallery. In this beautiful, spare space, Molière put on his first production of Tartuffe. You might not like all the artists Marian Goodman represents, but her gallery is definitely worth a look. 79, rue du Temple, 3e, Tel: 01.48.04.70.52

Just around the corner, Yvon Lambert has just reopened his gallery after extensive renovations. For two decades Lambert has been the gallery of major 20th-century artists. It’s sure-fire: His place always has interesting shows. 108, rue Vieille-du-Temple, 3e, Tel: 01.42.71.09.33

Naïla de Monbrison. Near the National Assembly and Bourgogne Place, a stone’s throw from Invalides, this store is remarkable just for its location. Here, over a decade ago, Naïla de Monbrison opened her wonderful gallery devoted to jewel work by 20th-century fine artists. Every one of these miniature artworks is a masterpiece. 6, rue de Bourgogne, 7e, Tel: 01.47.05.11.15

Musée de la Publicité. This museum is entirely dedicated to advertising. Located in one of the wings of the Louvre, it has been redesigned by star architect Jean Nouvel. Its collection (100,000 advertising posters dating back to the 18th century, 10,000 commercials and thousands of audio tapes) is totally unique. 107, rue de Rivoli, 1er, Tel: 01.44.55.57.50

Rue Louis Weiss. This is the new frontier. The street is in the heart of the new neighborhood being erected around the National Library of France, on the eastern side of Chinatown. In transition between the old and the new, this neighborhood full of cranes and concrete mixers is interesting to explore. Rue Louis Weiss boasts seven galleries interspersed between the modern high-rises that house the Ministry of Finance. Start your tour with a visit to the Information Center on Avenue de France across from Rue Abel Gance. 13e, Tel: 01.45.82.27.45 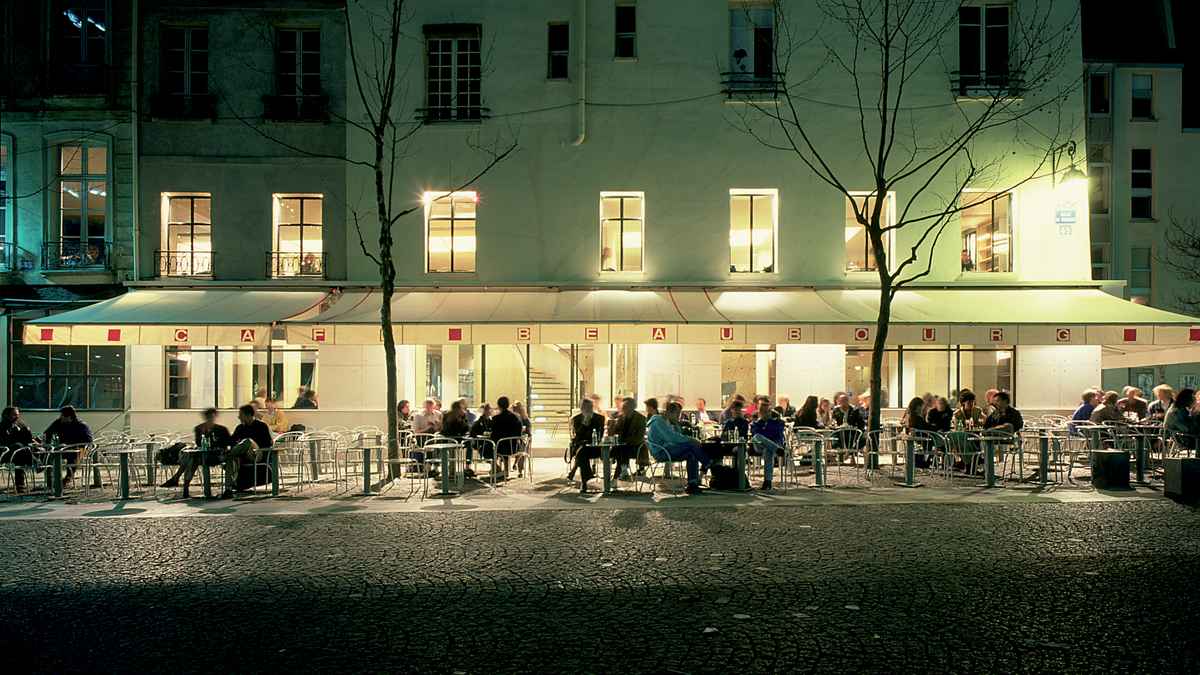 You might want to finish your tour at the Café Beaubourg. Right next to the renovated Pompidou Center, this café was designed by Christian de Portzamparc, another winner of the Pritzker Prize. Take the time to walk around and observe one of the most beautiful cafés in the city. 43, rue St-Merri, Tel: 01.48.87.63.96

Jean-Sebastien Stehli is an assistant editor at L’Express.