Home Uncategorized The Perignane Bastide
Facebook
Twitter
Pinterest
WhatsApp
Disclosure: This page may contain affiliate links.If you click on them we may earn a small commission.If subsequently you make a purchase, we might earn a little more.As an Amazon Associate we earn from qualifying purchases.There is no cost to you.see Our Disclosure Policy for more info.

Whilst he was staying in Provence, King René of Anjou lived in the apartment that he had built for himself in the former county palace. However his love of the countryside during his latter years led him to build a bastide in the Perignane quarter on the outskirts of the town, in the Arc valley. Simon Boderty was the master builder who began construction in 1472. This rural building surrounded by important agricultural land was constructed according to local building methods using uncut stone. Shaped stone was only used for corner pieces and framework.

During his last few years King Rene spent a lot of time in the bastide, from where he sent many letters and articles-some of which are still known today. 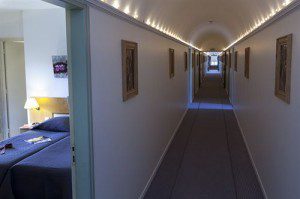 to Queen Jeanne de Laval, his second wife. After her death, Charles VIII King of France, gave the building to Jean de Benault, one of his horsemen, partly in reward for his many years of loyal service, partly in payment of the 1500 gold écus bequeathed to him by Charles III the last count of Provence from the Anjou House, who was nephew and heir to King Rene. The bastide then passed to Christophe de Brillac and his brother Francois, archbishop of Aix, who sold it on the 21st of August 1504 to the Chapter of Saint Sauveur. The monks all had their own room in which they stayed the summer months-seemingly forgetting the task of preying to God in the town. These monks were not as dedicated as those of today.

On the 17th of December 1564, the assembly held in the town hall heard Boniface de Flotte 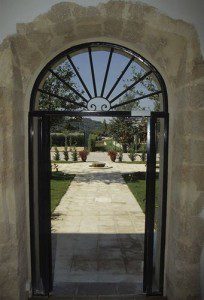 who declared that the parliament had decreed that King Rene’s bastide should be turned into a hospital for those suffering from the plague. A few weeks later on the 14th of January 1565 the town decided to buy the Bastide from the monks for the sum of 1500 écus. The hospital was started in 1565 and completed in 1567. It was rectangular in shape, some 80 meters in length with first and ground floor, and the two-edged roof was covered with “canal” titles. Inside, every 5 meters the building was separated into 16 individual apartments each with an upstairs bedroom, and an arched doorway. Lighting was assured by a large upstairs widow and a smaller half-cross shaped mullioned windows on the ground floor. Like many rural buildings of the period this first hospital, which incorporated the ruins of the former bastide, was built from uncut stone. Each apartment had a chimney and a shelved cupboard. The floors, both upstairs and down were cobbled. Above the central door was the town arms. Although the northern facade has been completely changed-the only original parts of the architecture remaining, being the central arched doorways on the ground floor – the southern facade has conserved most of its original architecture – large windows on the upper level, arched doorways.

The hospital building constructed in 1565 had two uses. Its main vocation was to house those with the plague, both times the disease was declared in Aix, but between the two epidemics it also served as a place to store farm produced from the surrounding agricultural domain The second hospital built in 1671 under Francois Genelin, was like the original hospital onto which it joined in a backward L shape. The rectangular building was about 88 meters in length by 10 meters and also had a ground and upper floor. After the Great Plague of 1720 which wiped out a great deal of the population of Aix, epidemics became fewer and fewer and so the hospital buildings were deserted. The town therefore rented out the parts unused for storage of farm produce. Sold in 1860 by the town of Aix to an industrialist, the hospital buildings now belong to several people. In 1985 the second aisle was still used commercially, but the 1565 aisle and the corner pavilion were left in total abandon. 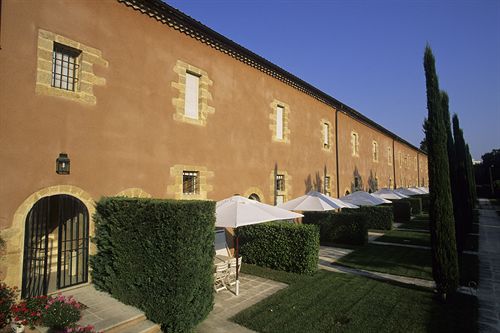 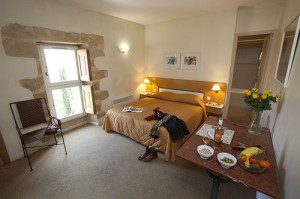 “The Infirmeries du Roy Rene” (now La Bastide Du Roy Rene) is a story of love at first sight. It is the tale of two lovers of “old stone”, Patrice and Marie-France LAMY who fell for the building one day in 1985, whilst walking nearby. They brought in their Swiss friend who lives in Aix, Felix Calonder. Jean-Paul Bernard designed the high quality restoration which was supervised by Jean-Paul Louvet, architect for Monuments de France.

The investment: a total of 35 million Francs for the purchase, renovation and transformation into a hotel residence (approximately 3.5 million Francs were for the decor and creating the gardens). 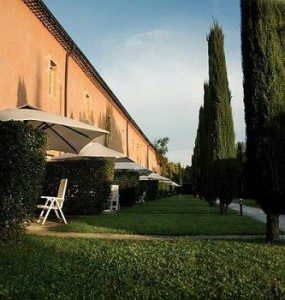 When the work began there was often just four walls left. Everything was vandalized, ruined. Fortunately 15 years ago a fire raged in one of the aisles prompting the owners to install a concrete base that protected the bastide from further damage. Stone cutters, craftsmen in wrought iron, carpenters everyone pulled together to create the medallions, the mullioned windows, interior shutters, banisters, balustrades, tiles and private gardens like those of grenade. More than 40 per cent of the bricked up windows were reopened and everything possible was done to conserve the architecture’s sobriety, the warm ochre colour of the terracotta floors, all using simple materials. The southern aisle and the Perignane bastide (now La Bastide Du Roy Rene) were restored first and put straight to use in 1989. The northern aisle was completed between 1989 and 1990. Despite work on the later the hotels 14 original apartments were permanently full – publicity spreading by word of mouth. This imposing building of some 2200 habitable square meters on 9000 m2 of terrain, offers 66 different apartments for two to four people – a total of 200 beds. On the first floor there is a long central corridor 88 meters in length between the apartments on either side. 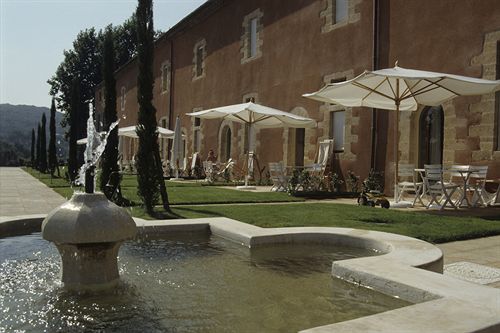 There is a sports complex next door for leisure activities such as tennis, swimming, climbing, mountain biking and a 9 hectare walk – all of which help to make this truly a unique residence. Les Infirmeries du Roy Rene (Hotel-Residence***) (now La Bastide Du Roy Rene) have 66 splendid apartments in a recently restored historical building, which are available to rent all year round. Comfortably furnished, they include a fully equipped kitchenette, dining area and bathroom. All ground level apartments have their own terraces with garden furniture. From the studio 340 FF/day or 2000 FF/week to the two room 450 FF/day to 3.600 FF/week (2 people+2children).

Please use this form to BOOK ONLINE NOW: 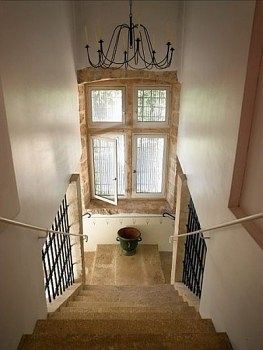 He was born on the 16th January 1408 in the Chateau of Anjer, son of Louis II king of Napoli and count of Provence, and Yolande Aragon. During his youth he bore the title of count of Guise, adopted by his maternal uncle Duke of Bar and Marquis of Vaudemont, the german cousin of Isabelle, Duchess of Lorraine and Rene’s wife, contested the title of Duke. After losing the battele of Bullegneville Rene was captured on the 2nd July 1431. He was kept in the Chateau of Dijon until he was released on his word on the 1st May 1432. Rene succeeded his brother King Louis in 1434. Queen Jeanne de Sicily who adopted him in 1435 declared him her successor.His first wife, whom he married on the 24th October 1420, was Isabelle of Lorraine, oldest daughter and successor to Charles 1st, Duke of Lorraine, and of Marguerite of Bariere. Isabelle died in the Chateau of Anger on the 28th February 1542 after providing her royal husband with 9 children. His second wife, whom he married on the 10th of September 1454, was Jeanne Laval, daughter of Guy XIII of Laval, and of Isabelle de Bretagne. She died in the Chateau of Beaufort in 1498. Rene held quite an affection for the town of Aix-en-Provence, and died there on the 10th July 1480. His entrails were buried in the Crames of Aix, his heart at the Cordeliers and his body was transported to the cathedral of Saint-Maurice at Angers where he lies in peace today in a marble tomb in the wall behind the great altar. You can see his face in the white marble.