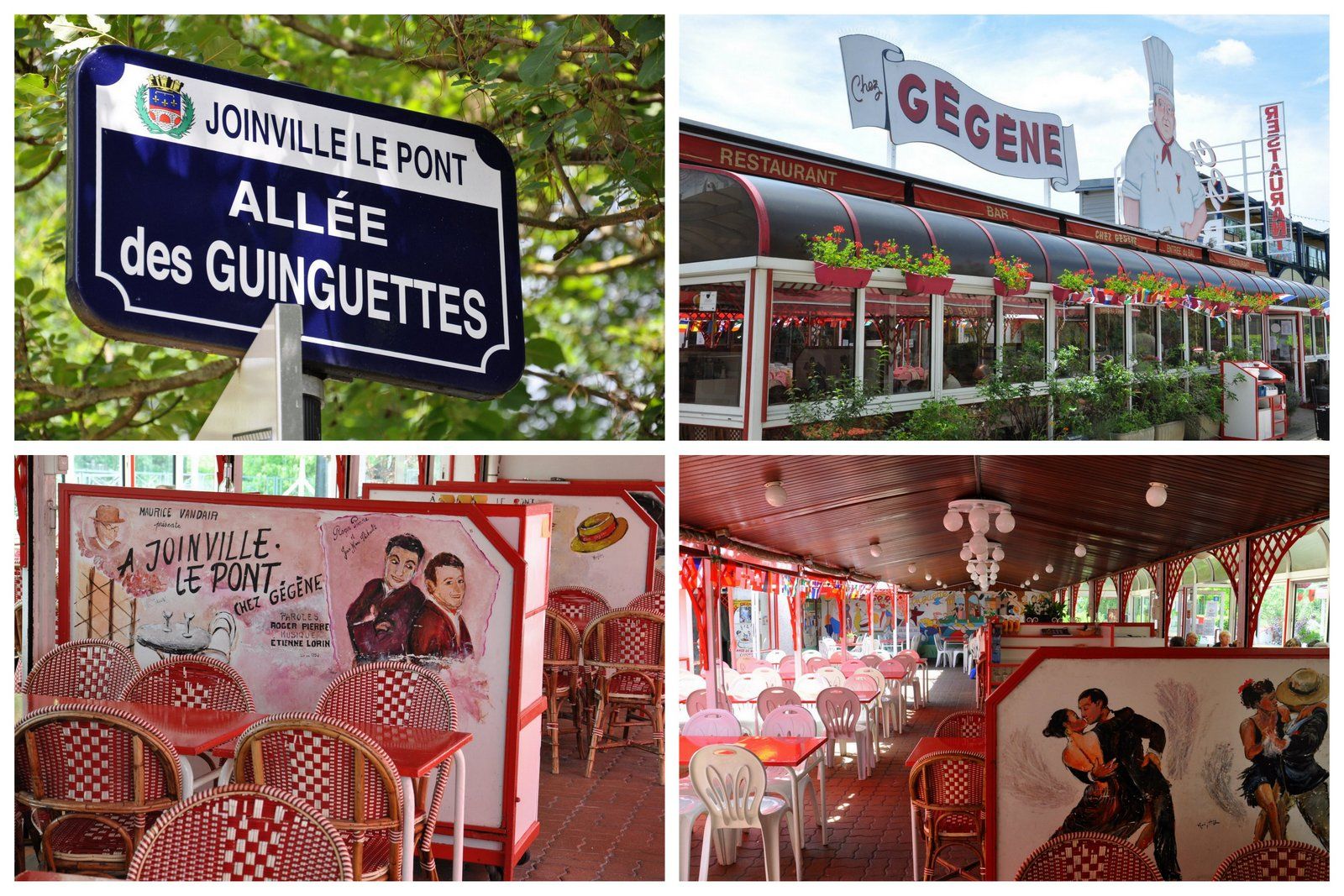 Joinville was originally part of the land belonging to the convent of Saint-Pierre-des-Fossés. In 1205, the archbishop Eudes de Sully provided the Abbey with a bridge over the Marne. Gradually more and more inns were built on its banks for the boatmen and travelers.

The bridge was built in wood, rebuilt in stone in 1718 and then replaced by the present bridge in 1943. In 1790, the inhabitants proclaimed their commune as independent of Saint-Maur and on 21 September 1831, the commune took the name of “Joinville-le-Pont” in hour of the 3rd soon of Louis-Philippe, the Prince of Joinville. The town expanded with the construction of the first railway (1859), the foundation of the teacher training school of gymnastics (1852), the opening of the Gravelle racecourse, which then became Vincennes (1863) and the construction of the “Palissy” district (from 1881).

THE GUINGUETTES AND THE MARNE RIVER PORTS

Joinville-le-Pont, lush and bright with flowers, embodies a certain idea of happiness and « joie de vivre » : that of the famous Guinguette (open air dance halls) on the banks of the Marne where pleasure-seekers come en masse to dance to the tunes of the accordion and the sounds of both yesterday and today.

Joan Forster - November 19, 1997 2
by Joan Forster "Rumor has it we are in for a cold winter." So, the news that Greta - Paris-born chanteuse, songwriter and stage performer...