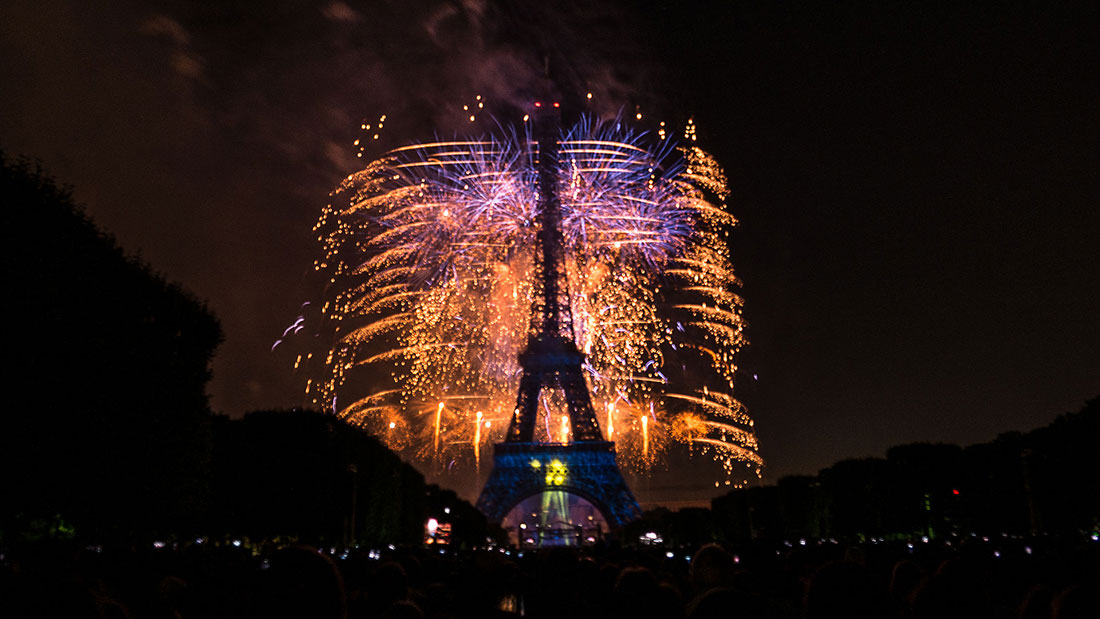 July 4th and July 14th, the independence days of America and France, respectively, are two important holidays which emphasize the Franco-American connection

France and America, whether they like it or not, are closely intertwined. From the founding of America in the early 17th century, French settlers had already set up trading posts in the Ohio River Valley and were the only fur traders in the region. When young America was fighting the War for Independence in the 1700s, French aid, supplies and troops were a major factor in America’s victory and subsequent independence. In the 20th century, America paid France back its debt by coming to the rescue in both World War I and II.

However, there are even more subtle similarities between French and American culture.  Blue jeans, one of the ultimate symbols of America, were actually invented in the town of Nîmes in France. The word “denim” comes from a slurring of “de Nîmes,” which means, literally translated, “from Nîmes.” All those cowboys were actually strutting around the Wild West in French clothing.

July 4th and July 14th, the independence days of America and France, respectively, are two important holidays which are another example of the Franco-American connection. The French Revolution in 1789 came a few short years after the American Revolution of 1776, and the independence days are only 10 days apart. Both of these days commemorate the ideals of liberty and equality which America was founded upon and which France emulated after overthrowing its ruling class.

Both July 4th and July 14th are celebrated with fireworks, songs, parades, marches, picnics and, potlucks. Having been a part of these holidays in their native lands, I see the many similarities between the two days. Bastille Day in France is named after the infamous prison which was stormed by the people of Paris, while Independence Day is named after the overthrow of the British by America under the command of General George Washington. Both of these days were created because of the determination of the common people not to live in countries which were not free from oppressions, whether that oppression came from the mother country or the ruling class.

LeFrancophile Editors - August 2, 2020 0
The first time the word musette appeared was the name of a musical instrument. It appeared in the 13th century,  long before the invention...