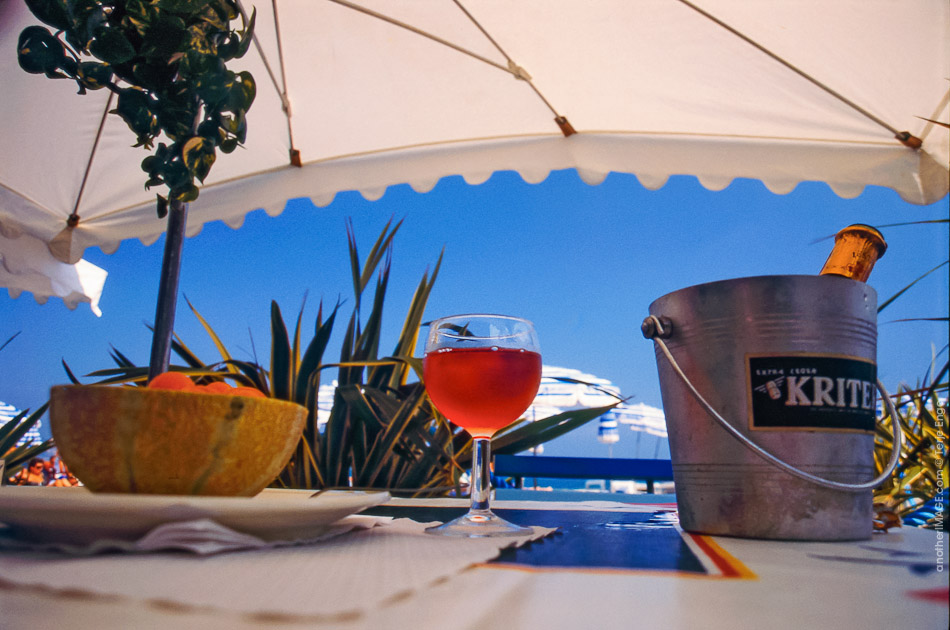 “golden is the air…”

On the beach, striped umbrellas blossom. In the markets bright bouquets of flowers compete with melons and peppers and ripe red tomatoes. Hotels and villas in pastel-icing shades of pink and pistachio line up behind green banks of palms. At sunset, the sea darkens from brilliant blue to deep violet, soft as smoke as you slip in to swim. “C’est l’heure mauve,” says a woman sitting on the rocks nearby, as the lights come on to spangle the purple hills behind the shore. 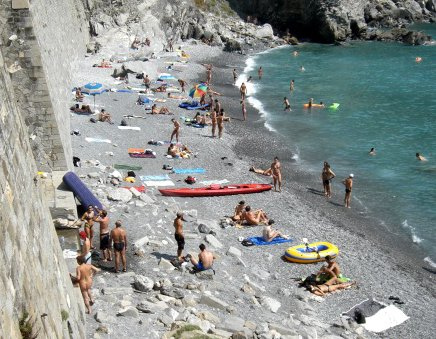 Those colors, that light, the fragrant air, the sunny cuisine, the mountains plunging down to the world’s most beautiful sea—the Côte d’Azur and its sweet Mediterranean way of life have been seducing newcomers for centuries, from Greeks and Romans to the medieval Counts of Provence, the Dukes of Savoy and, in the mid-19th century, the English aristocracy, who adopted the Riviera as a winter resort.

In the years after World War I came the vanguard of a new era: artists and writers, millionaires and movie stars, they were the “moderns” who shaped the endless-summer image of the Riviera we know today—Matisse, Bonnard, Dufy and Picasso, Scott and Zelda Fitzgerald, Hemingway and Dos Passos, Coco Chanel, Colette, and Jean Cocteau.

Much has changed since then, as that very modernity gave rise to the future. There’s a high-tech enclave at Sophia-Antipolis now, and Aérospatiale builds communications satellites in the hills above Cannes.   But the spirit of the Côte d’Azur and its eternal charms are just as seductive as ever, its incomparable douceur de vivre still just this side of paradise.

There are a thousand ways to enjoy the Riviera. You can take it in horizontally, from a beach chair. You can explore, seeking out the marvelous museums, the Roman ruins and architectural monuments. You can get a bird’s-eye view from an excursion plane or a parasailer over the beach. Or you can plunge in and try your hand at traditional local crafts: glassblowing, perfume-making, cooking classes, or, of course, painting.

A good start is balmy Menton, tucked up against the Italian border in its own microclimate, ideal for the tropical gardens and lemon trees for which the city is famous. In a 17th-century fort on the harbor, the Musée Jean-Cocteau honors the artist who also decorated the Town Hall registry office—couples travel from around the world to wed in Cocteau’s Salle des Mariages. In the Musée des Beaux-Arts you’ll find a superb collection of Mediterranean color: Matisse, Chagall, Derain, Dufy, Picasso, and Vlaminck.

Menton’s cornucopian covered market is one of the Riviera’s best, and so is the lively pedestrian shopping street, rue St-Michel. 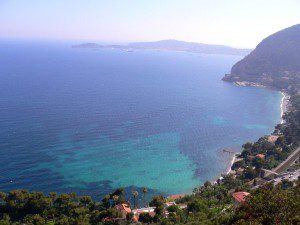 Medieval villages perch atop hills all along the coast—Roquebrune, La Turbie, Eze, St-Paul-de-Vence—their quiet cobbled streets in sharp contrast to the bristling life below. A rare medieval city on the water, Villefranche-sur-Mer nestles in the curve of its beautiful, fleet-sized natural harbor facing Cap Ferrat; for safety, 13th-century villagers built the covered, tunnel-like rue Obscure. Today this practically perfect town’s brightly painted 17th-century houses overlook the fisherman’s chapel on the port, with frescoes by Cocteau.

The historic core of lively hilltop Vence is still encircled by its medieval wall, and the place du Peyra, with its springwater fountain, was once the Roman forum. A Chagall mosaic adorns the small cathedral, whose interior reflects every stage of its centuries-old history. Vence is famous locally for its Saturday morning market, which sprawls throughout the Old Town. Just outside, the Rosary Chapel was decorated by Matisse in 1951, its serene interior flooded with light through its blue and yellow stained-glass windows.

Mougins has long been a refuge for celebrities, from Picasso to Christian Dior, attracted by its flower-filled streets, its myriad restaurants, and its magical view of countryside and sea. It’s here that Moulin de Mougins chef Roger Vergé practices his “cuisine of the sun,” and so can you—Vergé offers two-hour classes in the old mill that houses his smaller L’Amandier restaurant, where you can master the sunny secrets of chicken fricassée with figs, pesto soup, roasted lamb with ratatouille, or luscious mango mousse with bitter chocolate sauce.

Medieval grasse expanded with new rings of city walls like a growing tree. A favorite winter resort of Queen Victoria, outwardly austere old Grasse is a secret garden of charms: the cathedral with paintings by Rubens and native son Fragonard; place aux Aires with its fountain and flower market; the Musée d’Art et d’Histoire de Provence with its ceramics, santons carved wood figurines, and 18th-century kitchen. 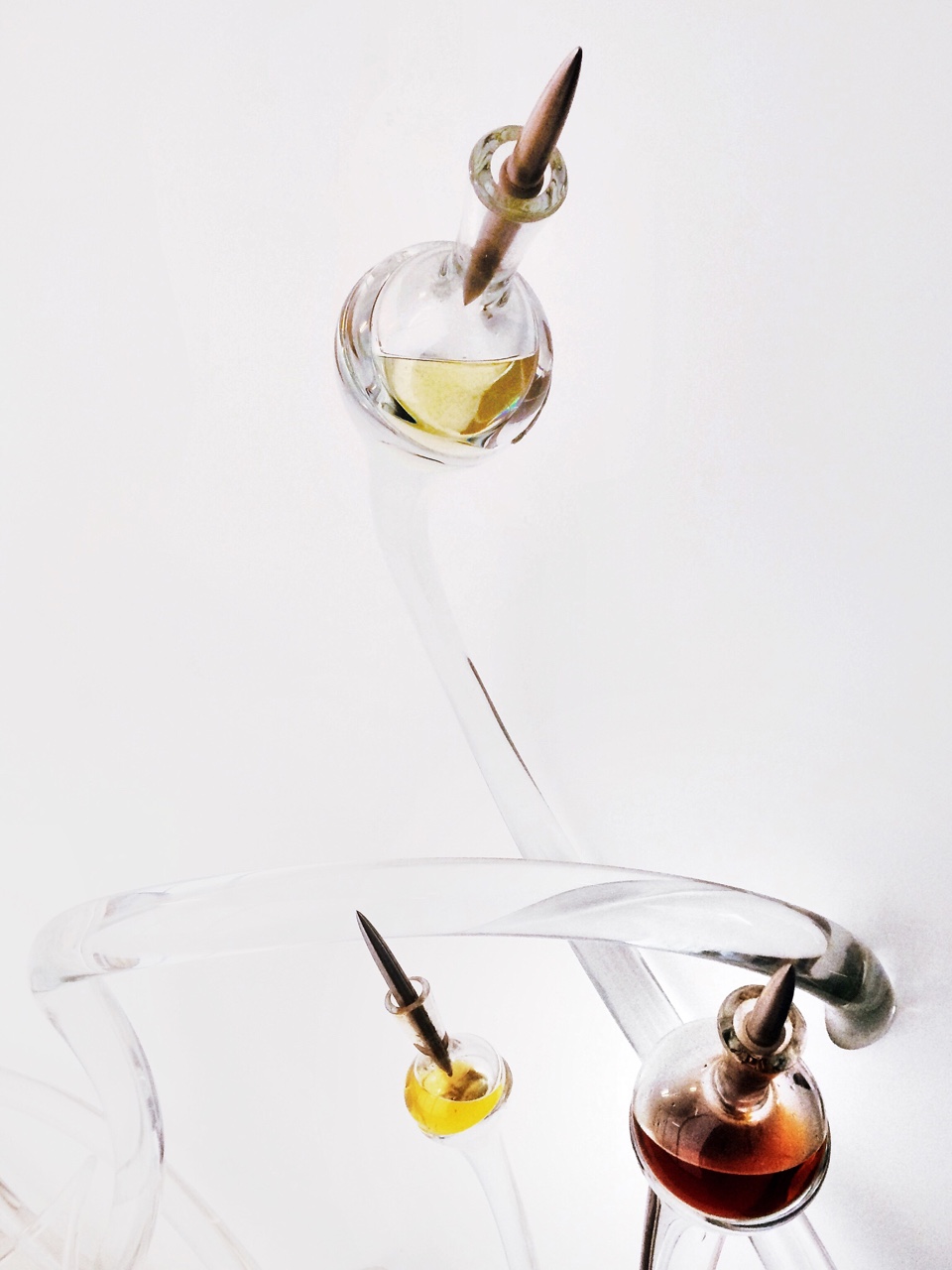 Grasse has been the center of France’s perfume industry since the 16th century. Now you can not only visit the Musée International de la Parfumerie, with its rooftop garden of fragrant herbs and flowers, but you can concoct your own eau de toilette, in a studio workshop, and take a bottle of it home with you. Several Grasse perfume makers offer such workshops, and will keep your formula on file so you can reorder your eau de moi.

Grasse was founded by the Cistercian monks of the Ile St-Honorat, one of the Iles de Lérins in the La Napoule Bay. Fort Royal, on its sister island Ste-Marguerite, once imprisoned the mysterious “Man in the Iron Mask” and today houses the Musée de la Mer.

The islands are wooded oases facing the glittering whirl of Cannes and the glamorous hotels along its seaside boulevard de la Croisette (the cupolas on one of them, it is said, were inspired by the charms of La Belle Otero). In May the International Film Festival crowds the Croisette, its beaches and its chic restaurants with movie stars and bikinied starlets, while Old Cannes, on the hill of Le Suquet, is still a delicious maze of medieval streets and Renaissance houses, dominated by its 11th-century château.

In Antibes, the Greek Antipolis, the 12th-century Château Grimaldi overlooks the seawall ramparts and the medieval quarter of Le Safranier; the cathedral and the 16th-century Fort Carré stand on the sites of Roman temples to Diana and Mercury. Picasso, who lived in the château in 1946, was vividly attuned to this ancient world; his Antibes paintings (in the château’s Musée Picasso) are peopled with the satyrs, centaurs, and nymphs of classical mythology. One is entitled Antipolis, or La Joie de Vivre. Stand on the terrace and watch the sea lapping against the ramparts, meander through the bustling farmers’ marketplace, have lunch in a tiny, vine-shaded bistro, and you’ll understand exactly what he meant.

In the 1920s American moderns—the Fitzgeralds and the Murphys, Frank Jay Gould, Cole Porter, Rudolph Valentino—filled the lavish villas of Cap d’Antibes and the sandy beaches of Juan-les-Pins with glitter, gin, and jazz; they “lit up the skies with a thousand Roman candles,” and their legacy lives on today in the starry International Jazz Festival in Antibes-Juan-les-Pins held in July.

Once the Greek Nikaia, Nice is the unofficial capital of the Côte d’Azur. Seen from the hill above the Old Town, the cityscape sparkles, its splendid hotels and pastel villas filling the curving flank of the Bay of Angels. Nice is thrice-blessed, with all the advantages of a modern metropolis—major museums, sophisticated shops, a rich cultural menu of music, opera, and dance—as well as a long history inscribed in remarkable Roman ruins, medieval artworks, and Baroque churches, and the sea, sun, and style of a holiday playground. All the many colors of Nice are captured in the works of Matisse and Chagall, Bonnard and Dufy, once newcomers like us, who added their own rainbows to the colorful mosaic of the Riviera.

There are a thousand ways to explore the Riviera. You can sail, swim, snorkel, and dive, soar over the beach in a parasailer, hike the high valleys, or ski the Provençal Alps.
Or you can try your hand at art classes in Antibes, at pottery making in Vallauris, or glassblowing in Biot. 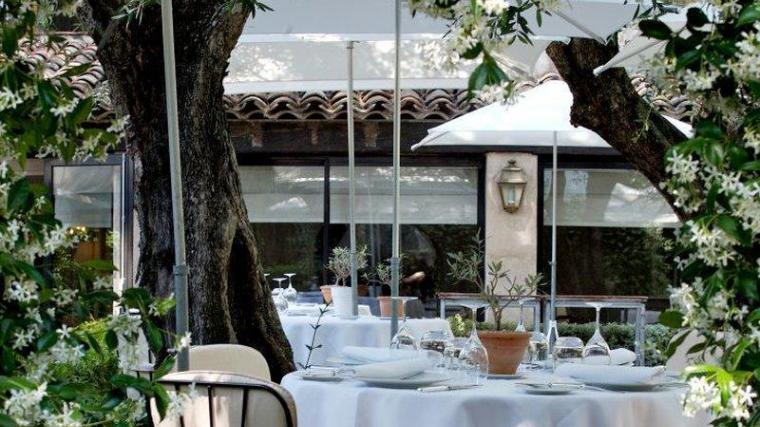 This year 27 museums in 12 cities on the Riviera have joined together for an unprecedented super-exhibit exploring the many different facets of “La Côte d’Azur et La Modernité”—not only the art and artists, but also the history, architecture, music, cinema, dance, literature, photography, fads, and fashions of that ebullient period. June 27 to October 15, 1997. 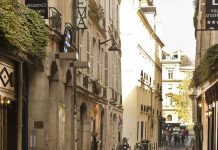 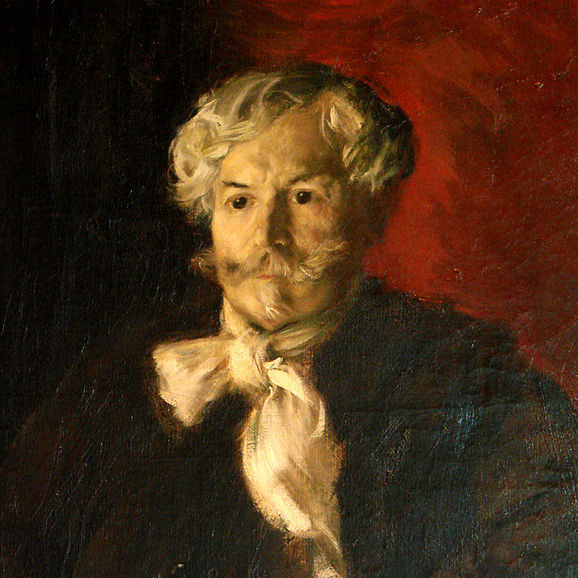 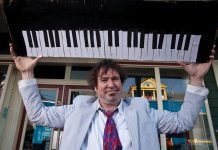