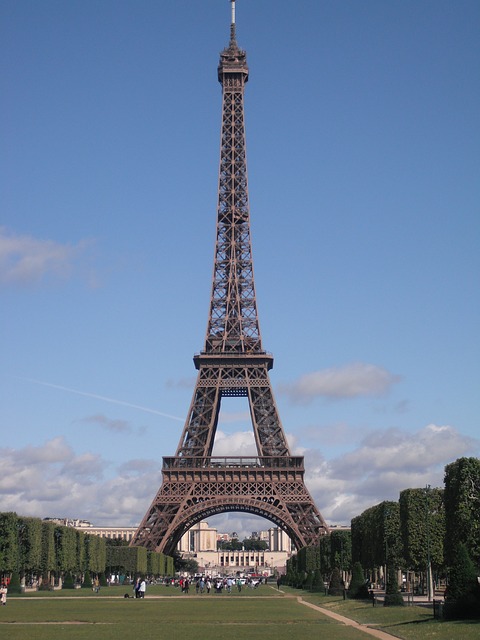 “If you are lucky enough to have lived in Paris as a young man, then wherever you go for the rest of your life, it stays with you, for Paris is a Moveable Feast”

Welcome to Paris, France!   We are proud to present this hotel reservation service. From the Parisian mansion in the Latin Quarter to the historic palace near Le Louvre or the little family-owned hotel in the trendy Bastille area, all of our 60+ selected hotels in Paris have the following minimum common denominator: small size (10 to 60 rooms), en suite bathroom, central location, comfortable rooms, excellent value, reliable service, and above all a typical, refined Parisian / French character… Additionally, we put together our selection so that we can accommodate the widest range of requests. Whether you need special care or want to request a specific accommodation or service, whatever that is, just ask us. We are here to make your Stay in Paris unforgettable but first, lest explore its important districts!

Personal residence of Richelieu and a center of gambling, debauchery during the 19th century, the Palais Royal houses today the Ministry of Culture. A wonderful place for a quiet strolling, with arcades and gardens where you can admire, in the main courtyard, the black and white stripped columns of Daniel Buren (1980).

Ile de la Cite is situated in the middle of Seine River. It was the place where the Parisii tribe set up in the 3rd century BC. A few steps away is the beautiful Gothic church Sainte Chapelle, with gorgeous 13th century stained glass, built in 1298 by Louis 9 to house relics. It leads to the Conciergerie which was a luxurious royal palace (14th century). The gothic vaulted “salle des gens d’armes” and kitchens with huge fireplaces remain from the medieval palace, which became a prison and a place of torture. Some cells can be seen, as Marie Antoinette’s, Robespierre’s and Danton’s ones, where they stayed before their way to the guillotine.

Between Le Louvre and the Tuileries palace is the charming Jardin des Tuileries (Tuileries Garden), especially appreciated by children for puppet shows and sailboat models.

One of the famous landmark of the capital is Le Louvre. Built around 1200, it was a former palace for the royal family. It became a museum in 1793 (during the french revolution, after the death of Louis 16). Don’t miss masterpieces as Mona Lisa of Leornado Da Vinci and Venus of Milo. If you want see the whole museum you need at least a complete day (2 or 3 days is better).

Les Halles (also called today the Forum des Halles) was named by Emile Zola “Belly of Paris” in honor of hundreds of food vendors. It is today the favorite spot of Parisian teenagers, thanks to its huge underground shopping mall.
Around this lively place is Saint-Eustache, a splendid church built from 1532 to 1754.

For a more Parisian delight stroll to the Rue du jour (in front of St Eustache’s church) and discover the famous French designer’s boutiques as: Agnes B, Claude Pierlot, Jean Paul Gauthier… If you have time stop by the amazing boutique la Droguerie(9-11 rue du Jour) where you can find everything necessary to create your own jewelry or clothes.

The Rue Montgorgeuil is a must, during the week end with its food markets, groceries and boulangeries.

The Place Vendome, known as the most elegant and chic octagonal square in Paris, was designed in 17th century. It is surrounded by very expensive jewelry boutiques such as Cartier, Boucheron,…  The beautiful Ritz Hotel is in front of the Place Vendome.

The landmark of the 9th district is the beautiful Opera Garnier. A monument to the ostentatious wealth of the French Haute Bourgeoisie under the Second Empire, it was built by Charles Garnier in 1875, with added decoration from Chagall. You can visit the library, museum, Grand Foyer, the somptuous Grand Staircase and the recently restored auditorium. The best way to discover this monument is to take a French guided tour.

Behind the Opera, on Boulevard Haussman, are the two most prestigious French department stores: Galeries Lafayette and Au Printemps. The broad boulevards where they are located, known as the Grands Boulevards have existed as a thoroughfare since the end of the 17th century. They acquired their present character during the 19th century with Napoleon’s temple of the Madeleine and the grand town-planning schemes of Baron Haussman, which saw the construction of the Opera Garnier and the westward extension of the boulevards.

Take time to explore the hidden treasures that are the “Passages” or shopping arcades from 19th century. At 11 Boulevard Montmartre is the wonderful Passage Jouffroy. It has tiny shops as Pain d’Epices and Au bohneur des dames selling, toys, miniatures, cosmetics and furniture.

The Centre George Pompidou (also called Beaubourg), is today one of the most popular attractions of Paris. Famous modern art museum with great temporary exhibition, it is also famous for its colors, pipes, exposing tubing, and a glass escalator on the building exterior .For a great view of Paris, you can take the elevator to the top floor.  Besides the building are few cafes and bistrots, with terrace, around the amazing Fontaine Stravinsky with its statues of Nicky St Phalle. 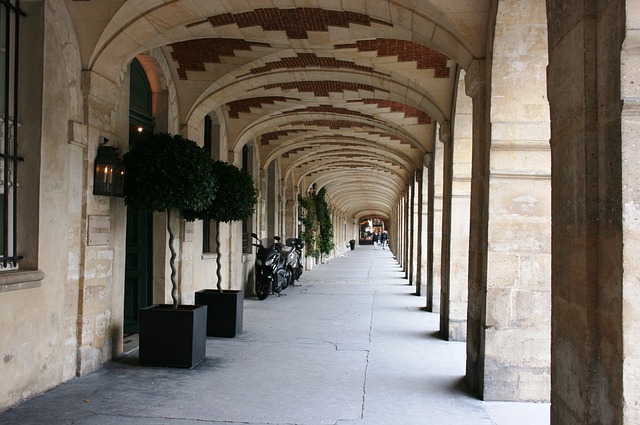 Le Marais means “the marsh” or “swamp” and was habitually flooded by the Seine at high water until 16th century. The Marais district covers the 3rd and 4th district. It’s a huge concentration of private residences, mansions and “hotels particuliers” (private hotels) that have kept their pre-Revolution architecture. The Place Royale known as Place des Vosges (built by Henri 4) is surrounded by an ensemble of 36 symmetrical pale pink stones townhouses with ground floor arcades and French windows. A very lively quarter with clothing boutiques, antique shops, boulangeries / patisseries, tea shops and bistrots.

Ile Saint Louis is a tiny and intimate island in the middle of Seine, just upstream from Ile de la Cité. Have a walk along rue Saint Louis en l’Ile, where you will discover bistrots, cafes, 17th century houses and small shops. It is almost a provincial calm, and a wonderful place for a quiet stroll. Charles Baudelaire, Paul Cezanne and Camille Claudel lived there for a while. It is one of the capital’s most romantic areas. Try the delicious Bertillon’s sorbet and ice cream (the most delicious in the world). And if you are around at the end of the evening, have a drink at Flore en Ile watching the sunset on Notre Dame de Paris.

What would be Paris like without Notre Dame? This gothic masterpiece was begun in 1163 by Bishop Maurice de Sully, and its construction was completed only in 1345.

During the Revolution, the statues of the kings on the facade were destroyed by anti-royalists (they are now in the Musee de Cluny – Latin Quarter). Having been restored a couple of times since the early 19th century (and after a petition from Victor Hugo and other writers, artists and politicians urging King Louis Philippe to undertake a thorough restoration), Notre Dame has been kept closely to Sully’s original plan.

The city hall of Paris and a seat of government under the Revolution, the Hotel de Ville was wrecked during the Paris Commune in 1871 and rebuilt in a fanciful neo-Renaissance style.

The Latin quarter is still a hot spot in Paris, and a lively quarter with its bistrots , its cafes frequented by students ( from the Sorbonne, the most famous university in France, founded in 1253), its bookstores and inexpensive restaurants, its narrow alleys fragrant with aroma of roasted lamb (plenty of greek restaurants are there). Don’t leave this district without having seen and strolled on the Rue Mouffetard, a beautiful and charming village on its own. On its North end, you can’t miss the lively and charming Place de la Contrescarpe, with its colorful and typical food market (on week ends). A real heaven for food lovers.

Saint Germain des Pres is still a place to go. Famous for its literary neighborhood, bookstores… Have a drink at Cafe de Flore or Cafe des deux magots, where Jean Paul Sartre and Simone de Beauvoir liked to come daily to share their views with friends and enjoy the inspiring atmosphere of Boulevard Saint Germain. A few steps south from Saint-Germain-des-Pres Church is the Place Saint Sulpice, surrounded by great fashion boutiques (shoes, leather purses, accessories…).

For a relaxing moment, the Paris Mosque is a great place. It includes a salon de the – tea room – (mint tea, pastries from North Africa, Arab coffee) and a public steam bath (Turkish bath, sauna, …).

The Jardin du Luxembourg is the quintessential Paris Park. More unusual sights include an apiary, joggers and martial arts practitioners. Tennis courts, ‘petanque’ pitches, a basketball hoop, pony rides and puppet shows add to the fun. At weekends in summer, the octogonal pond in front of the palace is surrounded by smartly dressed parisian children bearing batons to guide the progress of their sailing boats. Fronting rue de Vaugirard, the Palais du Luxembourg was designed in the early 17th century for Queen Marie de Medicis, the Florentine wife of Henry 4. The palace and its grounds remained in royal hands until the 1789 Revolution. Today it houses the French Senate. 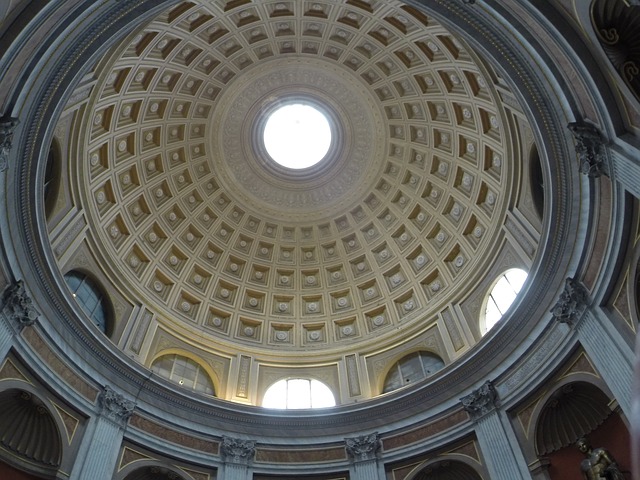 The Pantheon:  Soufflot’s domed, neoclassical church was the architectural “Grand Projet” of its day. Events caught up with its completion in 1790 and it was re-designated a temple of reason and resting place of the great men of the nation. Voltaire, Rousseau, Hugo, Zola, and communist resistance hero Jean Moulin are among those who repose in the barrel-vaulted crypt, joined last year by Pierre and Marie Curie (the first woman here in her own right). Climb up to the dome for a great view.

The Best Cheeses In All Of France 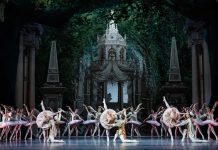