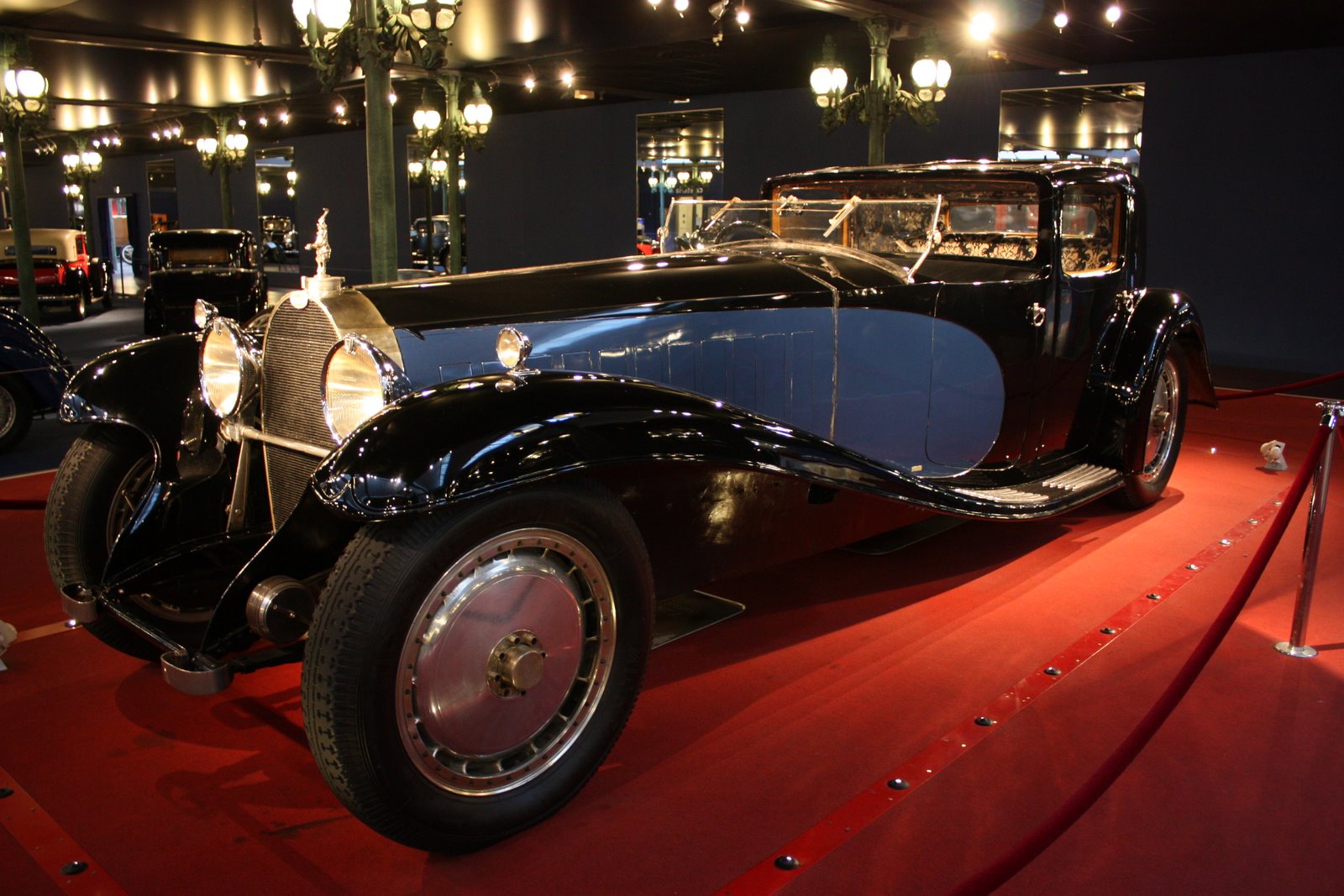 From  Strasbourg,the capital of Europe through the medieval towns along the winding road of the Alsace wine trail to the lakes of the Vosges mountains.Alsace is a beautiful region to visit.

Alsace is a region lying between the west bank of the river Rhine and the Vosges mountains. To the north and east it shares a border with Germany, to the south with German-speaking Switzerland, and to the west with Lorraine and Franche Comté.

Alsace is made up of just two departments, the Lower Rhine, or Bas Rhin (67), capital Strasbourg, and the Upper Rhine, or Haut Rhin (68), capital Colmar. The biggest city in the Haut Rhin department is however Mulhouse.

Both the Bas and Haut Rhin departments are comprised of a rich fertile plain in the east – the flat lands of the Rhine valley  and the Vosges mountains in the west. The highest point is the Grand Ballon in Haut-Rhin, which reaches a height of 1426 m. There are many forests, primarily in the Vosges and in Bas-Rhin including the Haguenau Forest, the largest undivided forest in France . 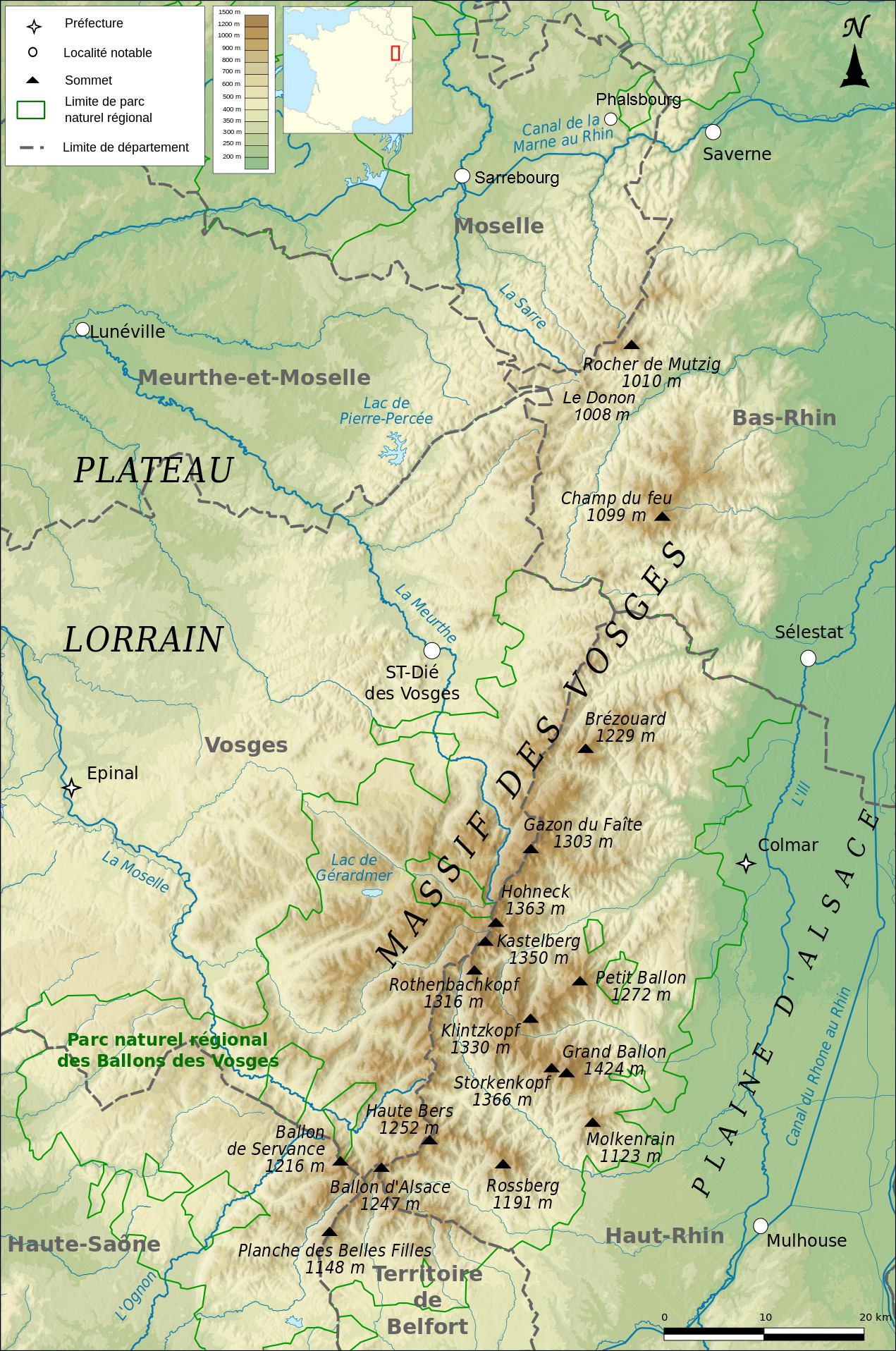 The Alsatian ried consisting of meadows liable to flooding, and of gallery forests with lush vegetation  formed by the meandering Rhine, before it was canalised is located along the banks of the Rhine . The Petit Ried lies north of Strasbourg, whereas the Grand Ried lies south of Strasbourg.

The recent history of Alsace is closely linked to that of the neighboring department of Moselle , both having in common the heritage of the second German empire  and a strong Franco-Germanic influence .

A region of Rhineland Europe , it is more broadly part of the cultural space of Central Europe and is historically a land of Germanic language ( Alemannic and Frankish ) with Gallo- Romanes .It’s inhabitants are called Alsaciens Although French is the official language a large proportion of the population, of all generations, speak or understand Alsacien, a dialectal form of German.

Alsace enthusiastically welcomed the French Revolution and is the birthplace of La Marseillaise .

As is the nature of border territories Alsace has changed hands between France and Germany many times.This has led to some differences in the modern state to other French regions including some of the legal changes that occurred in France inbetween the defeat of France in the Franco Prussian war in 1871 and the end of WW1 in 1919. In particular the separation of Church and State.

In terms of heritage and culture, Alsace is definitely Germanic. Town houses, which often had shops or boutiques on the ground floor, were painted according to the type of shop butchers in one colour, bakers in another,candlestick-makers in a third colour, and so on. Although today that is no longer the case, but the tradition of brightly coloured half-timbered houses has become firmly established as the local Alsatian style. 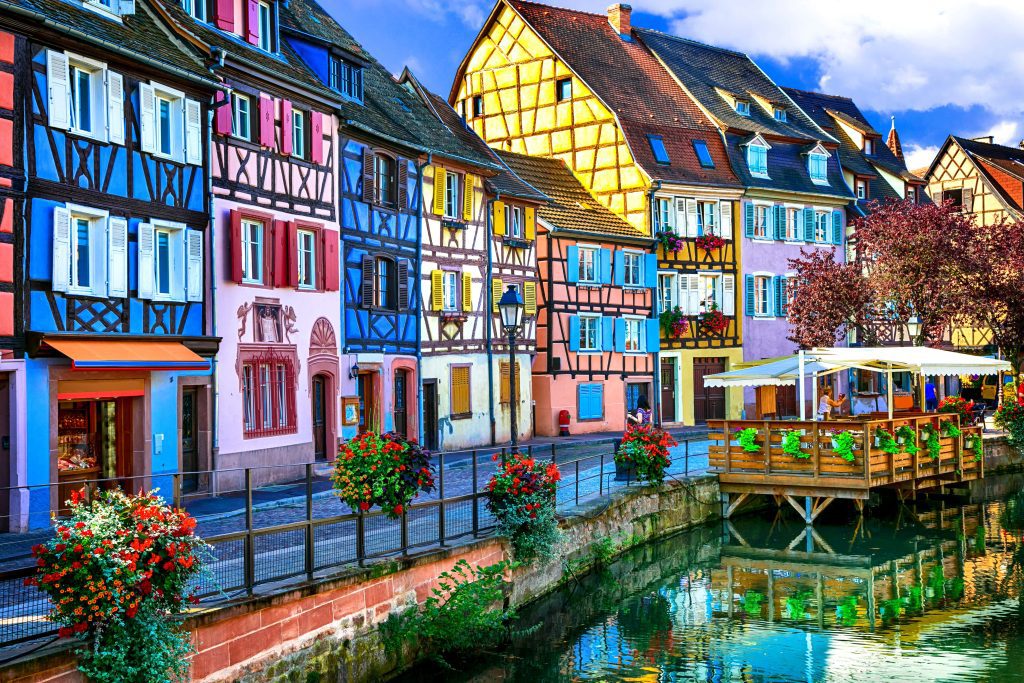 Hunspach, Mittelbergheim, Eguisheim,Hunawihr and Riquewihr have been awarded  “the most beautiful villages of France” accolade

Alsace has over 260 museums

Mulhouse is the second most visited town of France for it’s museums after Paris which include:

The Cité du Train, the largest rail museum of Europe

The Musée de l’Automobile, the most spectacular automobile collection.

Musée du Jouet in Colmar, with more than 2000 toys and the Ecomusée, outdoor museum at Ungersheim are worth a visit.

Alsace is the region of Europe with the greatest number of feudal castles, as a sign of its tumultuous history.

More than 400 of them are in ruins but hundred are relatively intact. The most famous is the castle of Haut Koenigsbourg with a large panoramic view of the Vosges plain and an impressive architecture.

Alsace also includes the medieval castle of Hohlandsbourg, the mysterious castle of Fleckenstein and many picturesque medieval villages worth visiting like Colmar.In the ruins of the Chateau de Kintzheim is the Volerie des aigles– Eagle Park , a centre for the conservation of eagles and birds of prey.

Mémorial de l’Alsace-Moselle, relaying the tragic history of Alsace and Moselle from 1870 until the present day focussing on the German annexations.

The only Nazi concentration camp on French soil  Natzweiler Struthof

Le Mont Sainte-Odile culminates at 764 metres in the Vosges Mountains, with its monastery and pagan wall vestiges is a place very popular and dedicated to patron saint of Alsace.

The cathedral Notre-Dame in Strasbourg at 142 metres, is the second tallest french cathedral.

The Cities and Towns

Alsace is part of the Rhine valley corridor, one of the most important trading routes in Europe since the Middle Ages  and as a result the region has long been one of the most prosperous in France.

Strasbourg itself is one of the  finest cities of France at it’s historic centre is the magnificent gothic cathedral of Notre Dame and the Petit France quarter, on the banks of the river Ill, is particularly worth a visit.

Among the highlights of the city’s year is the annual Christmas Market.The Christkindelsmärik or “market of the child Jesus”, is the name given in the Alsatian language to the traditional Christmas market which has been held since 1570  and was for a long time the only one in France. It begins on the first Saturday of Advent and ends on the evening of December 24 .It attracts over 2 million visitors.With the growing international success of the Christmas Market, other Christmas markets have developed in  towns across the regions, notably Colmar, and in many of the traditional villages in Alsace such as Riquewihr.

As the one of the two seats of the European parliament Strasbourg is a vibrant and busy city attracting visitors from all over the Europe and the wider world .

Mulhouse is a major manufacturing centre but with it’s impressive array of museums this part of southern Alsace has plenty to offer the tourist.

The best preserved historic city centre in Alsace, with its half timbered houses. The Unterlinden Museum located in a 13th century convent and former municipal baths building  with amongst many masterpieces the 16th century  Isenheim altar  by Mathias Grunewald.

Lying at the point on the river Rhine where France, Germany and Switzerland meet, the town of Saint Louis is actually a suburb of Basel, or Bâle in French; as such it is very close to this historic Swiss city, with its prestigious art galleries.

The Alsace wine trail has many towns and villages worth exploring including:

Riquewihr – reputedly one of the most beautiful villages in Alsace. Rather over touristic, specially in summer..

Alsace wine is famous worldwide, and wine production is one of the region’s main activities. The Alsace vineyards are located along the eastern slopes at the foot of the Vosges. The area is famed for its very pretty villages, with their brightly painted half-timbered houses.

Alsace vineyards are famous for their Sylvaner, Riesling and Gewurtzraminer grape varieties producing still white wines and the sparkling Cremant D’Alsace.These varietal wines  are not produced anywhere else in France, but are similar to wines produced in German vineyards . Pinot Noir grapes produce a pale red,often rosé such as Rouge d’Ottrot

Alsace is famous for it’s big beer brands including Kronenbourg , Meteor and Fischer but many micro breweries and craft beers such as La Brasserie Saint-Pierre, La Brasserie Bisaiguë and Les Brasseurs du Ried .Alsace produces half of all French beer.

Regional food such as  sauerkraut/choucroute and Flammekueche, a stone baked bread with cheese, cream, mushrooms and local ham are now well known as is the Alsatian gingerbread, known as Pain d’Epices and the sublime Kugelhopf. 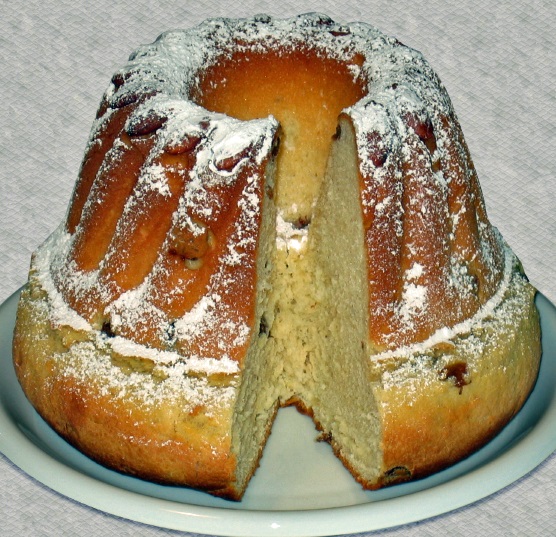